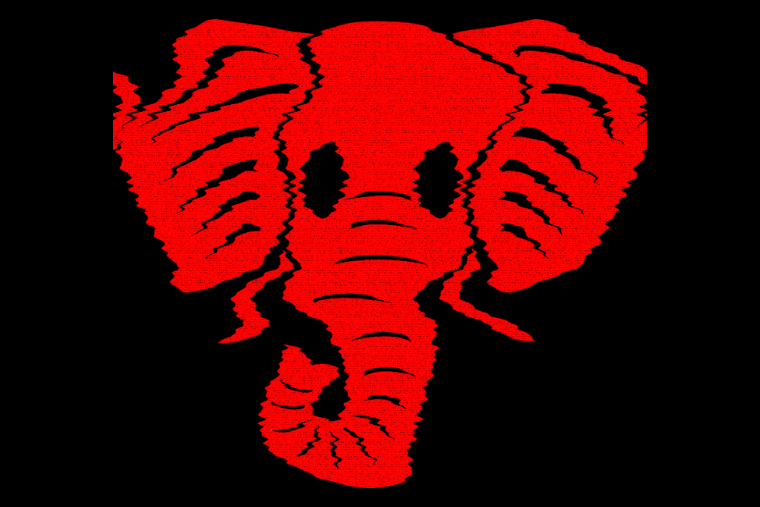 Ever since Herr Trump won the White Office some four years plus ago, he has generated a flourishing cottage industry of both Uncle Toms and Aunt Jemima.

When certain compromised black people smelled the roses and determined that there was money to be made in being a stooge for either Trump or the GOP, many have flocked to fill those roles of parroting the GOP line including lambasting other Black Americans for sticking with the Democratic Party.

Now, I want it to be clear that any person, Black, White or Polka-Dot can sign up for any political party that they so desire, BUT, when that political allegiance comes at the expense of denigrating the Black community or dissing Black people who are positive about working for change; and that change rubs against the GOP principles(?), enough is enough!

When that happens, out of seemingly nowhere, certain “Negroes” come forth and spew their utter nonsense about the misery of the Black community or they are vituperative towards Black leaders whose credentials and motives are beyond reproach.

Nothing irks me more than a grinning Candace Owens or an eye bulging Larry Elder going on talk radio or right-wing media and dropping political bombs that have as much sense or logic as believing that two ice cubes, when rubbed together, can start a fire.

The Black people, who gladly populate right wing talk shows and who are making a nice living or receiving honorariums by throwing political daggers at earnest Black people working to improve the living conditions of fellow Black people, are a disgrace.

To make sense of all of this, I called upon the renowned psychiatrist, Efal Revillot to give my readers some insights on how to understand the charlatans who oddly profess a love of all things GOP but also manifest an incomprehensible disdain for their own roots. Here are some of his abbreviated comments:

Me: Dr. Revillot, is it hate or simply a chance to gain the limelight and a fat check that some Black people will publicly debase themselves in order to ingratiate themselves with the GOP.

Doctor: It is a combination of both. When they discover that the GOP will pay them to denigrate other Blacks for a fee, they are trying to incur favor with the White GOP; and thus increase their self-worth since they believe they will be warmly welcomed into their political and social circles.

Me: Doctor, when the objective evidence is clear that the GOP message is skewed or simply wrong about what they state about people of color, what motivates them to continue in such baseless contempt for other Black people.

Doctor:  Sadly, they are simply an updated version of the House Negro vs. the Field Negro. The House Negro wants to win the approval of Massa’ so he or she can avoid the field work, get better food rations and evade the overseer’s whip. It is an opportunistic calculus that they believe works for them and especially so in these politically turbulent times when the ever-shrinking GOP is looking for minority allies to stay relevant.

Me: Doctor, why would they practically mimic the same political and social nonsense that the GOP manufacturers about people of color.Doctor: The more that they can align their thinking and actions with the GOP and how the GOP maligns Black people, they are then considered to be “safe” Negroes whom for all practical purposes, are effectually politically neutered and will not be a threat to Massa.

Me:  Doctor, what sign can they show that they have been completely loyal to the GOP and their message?

Doctor: If they do not have the mental and moral strength to resist revisionist lies, they show their absolute allegiance to all things GOP when they marry a white man or woman.

Me: Can you be a freedom fighter for Black people and yet marry across the color line.

Doctor: Certainly. The acid test is that do you continue to speak truth to power despite a white wife or a white husband.  The question that they need to ask themselves is: “Are you compromised by such a union that it changes your political calculus so that you are unable to stand up and say and do the right thing.” Frederick Douglass was a champion of the race and a gifted speaker for the rights of the slave but he was married at one time to a white woman. That union did not compromise his belief system.

Me: Doctor, is there a reasonable chance that such persons can be “re-orientated” so that they see that they are being used for purposes that can cause harm to other people of color.

Doctor: Yes, redemption is always possible and attainable, but the question is: “Do they want to give up the financial perks and goodies that comes with being a shrill for the GOP agenda?”

Me: Doctor, as you know Herr Trump has often spoken disparagingly about people of color and has purportedly engaged in heinous racist behavior, but these Black people act as if all of that is acceptable to them. How is that possible.

Doctor: Simple. There is a concept called cognitive dissonance which means your ability to hold two opposite viewpoints in your head without one dominating the other; and you must make peace with that division, or it can cause you serious mental health issues.

Me:  Doctor, what is the singular motivation for such people to go to such lengths to debase themselves.

Doctor: They are, many times, ashamed of what they perceive as how society has negatively labeled people of color and they want out. They can get their relief by swearing off any allegiance to “those” people and throwing in their lot in with the majority ethnic group in power, with the hope of being accepted by them as equals and not viewed as one of those, “others.”

Me: Does that ever work.

Doctor (with a long laugh). Never. Eventually you are rejected by them when you have served your purpose and/or the community which you devalued in your scramble to profit from that unequal association, rejects or shuns you as a pariah.

Me: Thank you Doctor for your illuminating insights.