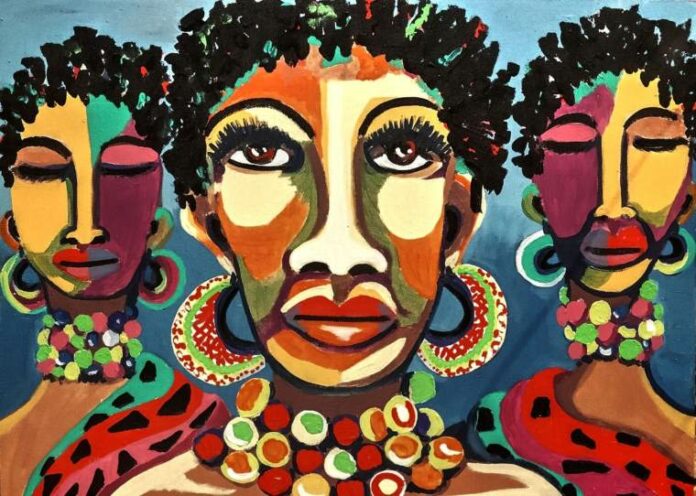 According to some historians, Afrodescendents first entered these united states in 1619 off the coast of Virginia. If we believe that narrative, Afrodescendents have been in this country for 400 years. If the people who were kidnapped and brought here had to tell the story, would they tell the same one? Would they say that we came before Columbus? That some of us might have been here even longer? There were captured Africans that came from the mother continent in 1619, but also, thanks to the transatlantic slave trade, Africans here who had come from Bermuda, Jamaica, and other places.

Why is this relevant? Because there is this misguided group of Afrodescendants, who are throwing shade at those who are not “American descendants of slaves” ADOS. Their shade is an odd version of the “am I Black enough for you” game that some folks ran against President Barack Obama, and are now running against Presidential candidates Kamala Harris and Corey Booker. What is Black enough, when we, Afrodescendant people, all have enslavement in our background? Let’s make it plain. Europeans went to the African continents, kidnapped people (sometimes with African acquiescence), brought them to the Western Hemisphere, and sold us. Goods and people flowed between England (or New England, the Americas, and Africa), including sugar, tobacco, manufactured products, guns and humans. Understand that everyone in the triangle was affected and that enslaved people were freely traded between the United States and other parts of the Americas!

I am not sure what kinds of warped brains dreamed up the realities of enslavement and the ways that a minority in the South was able to control a majority. The laws that managed enslavement included laws that prevented literacy, ownership, and much else. The laws often detailed the terms of punishment if restrictive conditions were breached. A North Carolina law said, “teaching slaves to read and write, tends to excite dissatisfaction in their minds, and to produce insurrection and rebellion.” Disobeying this law was punishable by thirty-nine lashes or imprisonment for a free Black person, or a fine of two hundred dollars then, or about $5000 now. People violated the laws, of course, but the warped sensibility that prohibited the dissemination of knowledge is the basis for many sick stereotypes, such as “if you want to hide something from a Black person, put it in a book.”

Fast-forward four hundred years, or even two. Why are teachers in Louden County, Virginia, forcing fifth and sixth-grade students to simulate enslavement with an obstacle course they called “The Underground Railroad”? Why were many of these students Afrodescendents? Why are the leaders of the school silent about the discipline that was ordered on the rogue teachers who took it upon their ignorant selves to construct such an exercise? Why has David Stewart, the principal of the Madison Trust School in Louden County, sent out a vapid apology for a “culturally insensitive” exercise, and not a more strongly worded condemnation of the racism implicit in this nonsense.

We have been here at least 400 years, and still, some folks aren’t clear about the ways enslavement has shaped our nation. In Virginia, where both the governor and the Attorney General (two of the top three elected officials in the state) have admitted to masquerading in Blackface, albeit thirty-odd years ago, teachers don’t see anything wrong with subjecting Black students to a reenactment of enslavement. Oh, they said they were teaching “teamwork.” Really.

We have been here at least 400 years, and our nation is not yet clear about its flawed foundations. There would be no house at 1600 Pennsylvania Avenue, which should not be called the White House, but the House that Enslaved People Built, were it not for the labor of kidnapped people and their descendants. There would be no banking system if enslaved people were not used as collateral for European devilment. There would be no insurance industry were it not for the enslaved. But in our collective ignorance allows us, all of us, African Americans, European Americans, and others, to live in denial, pretending that there is fairness is a racist, patriarchal, predatory, capitalist society.

We have been here at least 400 years, but we still aren’t clear about the nonsense and exploitation that affects and infuses our very foundation. Our entire nation needs to go back to school to learn some history. But there is a special place in hell for teachers in Louden County, Virginia who think that enslavement is some kind of game!

Julianne Malveaux is an author and economist. Her latest book “Are We Better Off? Race, Obama and Public Policy” is available via www.amazon.com for booking, wholesale inquiries or for more info visitwww.juliannemalveaux.com