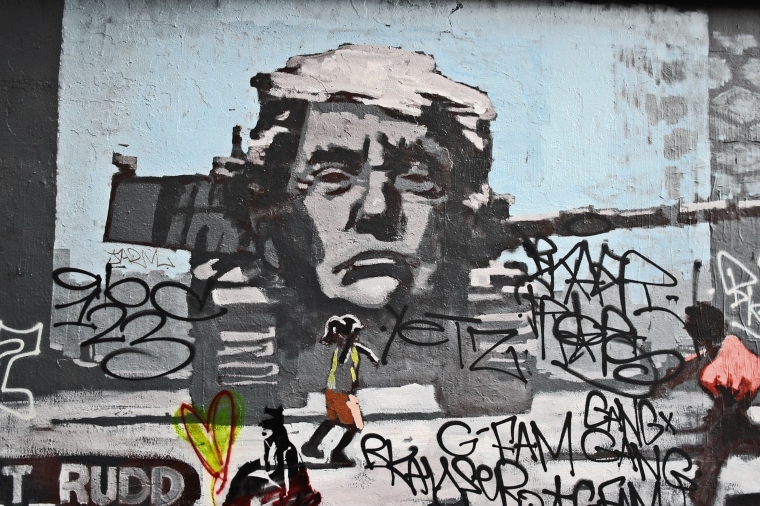 Well, not literally but as with the word ‘witch’ as a metaphor for Herr Trump, but you know what I mean…The Donald will be a has been president on January 20th of next year.

No tears here about a wannabee autocrat who loves a good con and is always willing to throw a friend under the bus or create chaos to further his nefarious means.

What will happen to Herr Trump’s cult like followers? Will they sulk and moan and howl at the moon for crimes, real and mostly imaginary, that they believe the Deep State, or the liberal Fake News media accused Herr Trump of?

Sure they will and the teary-eyed members of the GOP who now sit in a starkly divided Congress will find any means possible to extract some means of retribution for a loss that they ostensibly never saw coming.

In retrospect, Herr Trump had a 20-gauge shotgun that he used to blow off both of his political feet. He miserably failed at remotely even trying to show the American public that he was on top of defeating Covid-19.

And he was miserable at trying to get America to accept his cruel and hurtful acts against people of color; and a host of other knife cuts that when totaled together, amounted to an eye avoiding episode of Japanese Hari-Kari.

No one need to cry for such an amoral person who seemingly would tear the wings off butterflies, kick stray dogs or even separate young children from their parents along the Mexican Border.

Oh, the GOP fat cats will sorely miss him with his brazen attempts to buy their favor by giving them budget breaking tax breaks yet while throwing stale breadcrumbs to hard pressed working families.

Herr Trump reveled in the power of the presidency but was totally clueless as to how to wield those plenary powers for the general good of the country. He could have done so much if his twin resident evils, his unchecked ego and vanity, did not arrogantly rule ninety five percent of his brain cells.

And what shall be said of the cloud of sycophants who would daily kiss his ring finger upon a moment’s notice? They reveled in his presence and gloried in their powers thinking that they were all of that and a bag of chips, but they were not.

Really…who can take Ben Carson as Secretary of Housing and Urban Development seriously or Betsy DeVos as Secretary of Education! What jokes they were and do not get me raging on the lapdog known as William Barr, his acrimonious Attorney General.

When the political dust settles, and Joe Biden takes over the reins of a nigh decimated governmental infrastructure, it will be a herculean job of rebuilding trust with the American public that governmental institutions are needed and do serve a purpose and are best populated by honest and smart men and women.

If nothing else, this experiment in rule by a class of cons and grifters should spark legislation that will attempt to curb many of the excesses that we witnessed in governmental leaders and their flailing departments.

What should be a sure thing would be a requirement that presidential candidates must show their tax returns for the past ten years and that the laws about self-dealing need to be strengthened to prevent presidents like Herr Trump from profiting from the Oval Office.

Anyone for abolishing the antiquated Electoral College and reverting to a system where there is a direct election of the president?

Democracy is messy because you must negotiate competing interests while still getting things done without gridlock and adroitly negotiate the bloated egos of politicos who believe that they will rule and reign for all of time.

What does my crystal ball show for the future? If Joe Biden does a credible job for the next four years and then calls it quits, is America… white America ready and willing to elect a Black woman as president, as commander in chief?

Or, will the still injured GOP run a Trump like candidate who can whip up their still seething base to believe that a Black woman, Kamala Harris, is nigh next to being a socialist or worse yet, a communist?

Will non college educated white males, North or South, be willing to accept a Black woman as their boss?

I predict that in 2024, the GOP will run Nikki Haley ( a woman of color) as their antidote to Kamala Harris and give white male voters a chance to avoid picking a Black woman as the head of state.

We live in interesting times.

Voting Rights Battle Ahead in Early 2022

Mass Shootings and Gun Laws: Canada Does What America Won’t Do