Dr. King’s plea for unity appears to be the answer 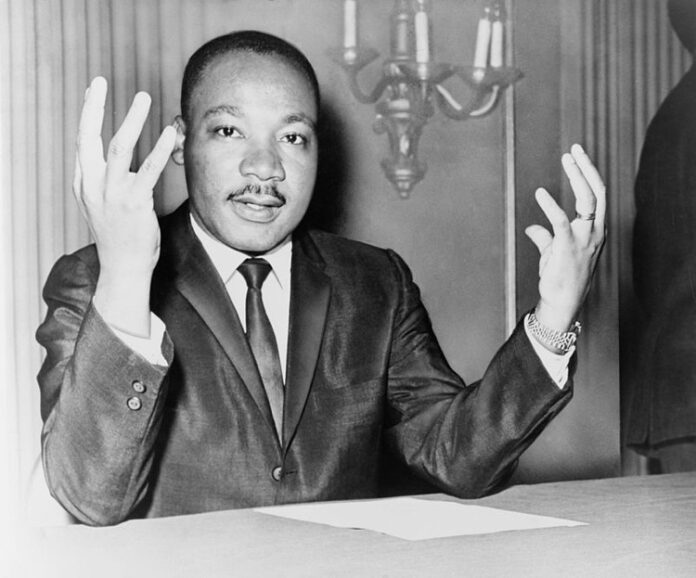 (TriceEdneyWire.com) – As America prepares to pause on Monday, January 20, to commemorate and reflect on the life and principles of Dr. Martin Luther King Jr., the three most essential aspects of the revered civil rights leader’s work – economic justice, racial equality and strategic non-violence – remain among the foremost civil rights issues across America.

Moreover, despite talk by civil rights leaders, organizations and activists, African-Americans have yet to unify enough to significantly impact public policies or attitudes that lead to tangible change.

“It is essential to American survival,” said Marc Morial, president/CEO of the National Urban League, a foremost civil rights organization with an economic agenda. “This issue is an issue of morality, an issue of historic positioning. An issue that has to touch each and every person, each and every institution, because … we have to get it right.”

Speaking during a forum at Johns Hopkins University last year, Morial, according to the university’s Hub News, said that 400 years after the beginning of slavery and more than 50 years since the civil rights movement, America is barely turning the corner on its historic racism. And what’s more, even civil rights leaders are still trying to figure out how best to make impact.

In his final days, Dr. King not only articulated his vision for economic empowerment, racial parity and peace, but he gave the strategy of unity as the key to achieving them all.

“We’ve got to stay together and maintain unity. You know, whenever Pharaoh wanted to prolong the period of slavery in Egypt, he had a favorite, favorite formula for doing it. What was that? He kept the slaves fighting among themselves. But whenever the slaves get together, something happens in Pharaoh’s court, and he cannot hold the slaves in slavery. When the slaves get together, that’s the beginning of getting out of slavery. Now let us maintain unity,” King said in his final speech on April 3, 1968, the evening before he was assassinated. “It’s all right to talk about streets flowing with milk and honey, but God has commanded us to be concerned about the slums down here and his children who can’t eat three square meals a day. It’s all right to talk about the new Jerusalem, but one day, God’s preacher must talk about the new New York, the new Atlanta, the new Philadelphia, the new Los Angeles, the new Memphis, Tennessee.”

•Nearly a half million Black people have been killed in street violence since the FBI began compiling the stats in the early 1970s. This does not count police violence against African-Americans.

•Racial disparities in every category – including economics, criminal justice, health, and education – can be laid squarely at the feet of systemic racism, which are racial attitudes, policies and practices intrinsic across organizations, corporations and even government agencies that negatively affect racial equality.

Civil rights leaders and heads of major organizations, such as Morial, admit they have yet to even jointly come close to the goals for which they aim. In a June 2019 column reflecting on the new Poor People’s Movement, headed by Dr. William Barber II, the Rev. Jesse Jackson of the Rainbow/PUSH Coalition, says next steps must be broad in order to achieve sweeping change.

“This is not a time for incremental change, but for fundamental transformation of our priorities and our direction,” Jackson wrote as he praised the “Moral Budget” of the Poor People’s Movement. “The budget details large reforms — from automatic voter registration, a living wage, health care for all, quality education from pre-k through college, investment in clean energy and modern infrastructure. It details how these and other reforms can be easily afforded by fair taxes on the wealthy and corporations and by ending our effort to police the world.”

More specifically, Jackson, a foot soldier who worked alongside King, agrees with King that people unifying for specific action will be the key to progress. “Ending the policy of violence on the poor at home cannot be achieved without challenging the costly endless wars and constant arms buildup that only make us less secure. It understands that change will come not from the top down, not from our corrupted big money politics, but from the poor, the worker, people of conscience coming together to revive our democracy and to change our course.”

Jackson concluded, “Across the country, working and poor people are beginning to move. If this movement can continue to grow, it will transform our politics. And it is the only force that can.”

Leaders of Black civil rights organizations would tick off a list of achievements since they were founded – especially the historic National Urban League, Rainbow/PUSH, and NAACP. But Dr. King’s wisdom went far beyond maintaining one’s own civil rights organization from year to year. Perhaps his most relevant saying in this regard was within his “Letter from the Birmingham Jail” to other Black leaders who were trying to call him an “outsider” and tell him to stay in his place.

King, as President of the Southern Christian Leadership Conference, wrote the ultimate response: “Injustice anywhere is a threat to justice everywhere. We are caught in an inescapable network of mutuality, tied in a single garment of destiny. Whatever affects one directly, affects all indirectly.”

More Than 60 National Civil Rights Organizations and Stakeholders Call on...