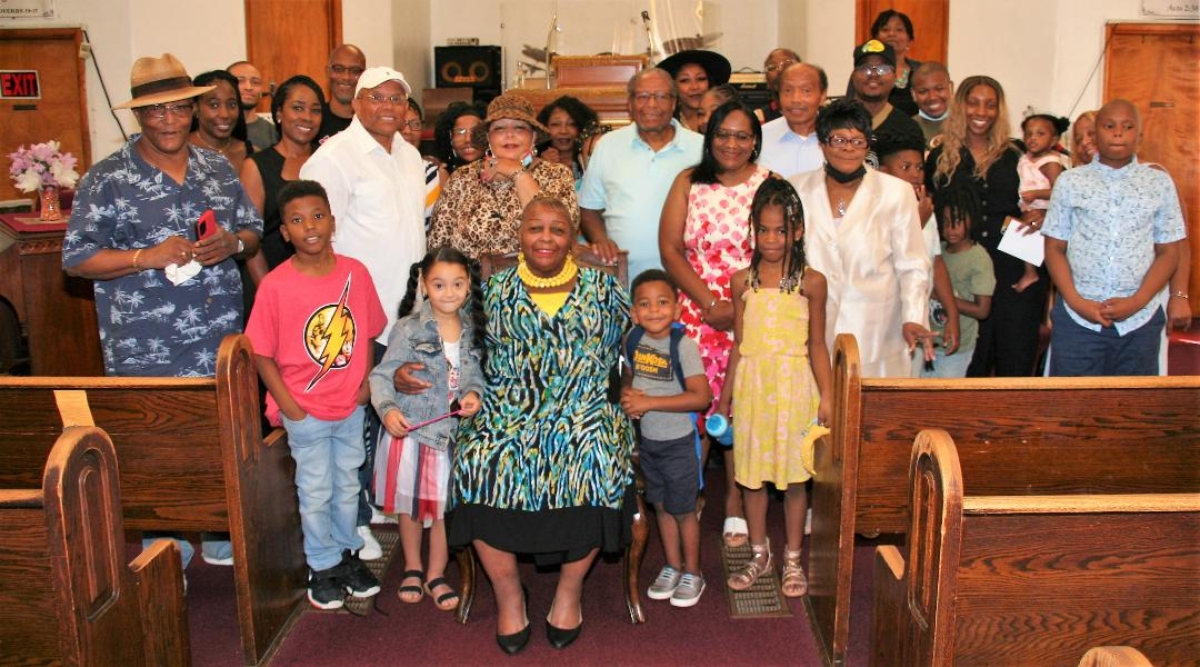 For the last 25 years, Henrietta Savage Armstrong has worked as head cook at The Kitchen For The Poor. Her mother who was the first head cook, when an opening came along, she applied for the job, got it, and has been there ever since.

The kitchen was started by her father, Rev. Harvey Savage, Sr. after he noticed someone going through his garbage cans, at his house, looking for food. That is where the mission and what would be known as the Savage family ministry and legacy began.

Just like her siblings, her father and mother’s goodness and compassion for those in need has influenced her entire life. She said, “We were raised like this. Our parents taught us, ‘You don’t look down on anybody unless you are picking them up.’ That was my father’s thing and I believe in that sincerely. You never know, that person could be you or one of your relatives. If you look down on people, it will come back to haunt you. I enjoy working in the kitchen because I am a people person and I like people. Growing up we were never without, my father worked three jobs at one time, and he was the man of the house. We were not rich, but there were those who had less than we had, and we were taught to share. Back in the day when we used to come home from school for lunch, my mother would make enough lunch to feed all the kids in the neighborhood. When we started taking our lunch to school, she gave us extra to share with children who did not have any lunch. This is how we were raised and till this day I am compelled to reach out and help those who are less fortunate.”

Her brother the Pastor John Savage, Sr. had this to say about his sister, “We are celebrating my sister for 25 years of feeding the poor. She has labored in that kitchen a long time; she reminds me of my mother and cooks like my mother. She is a very good-hearted person, who has touched many lives in this city. She is a natural lover of children, she has been a big sister, aunt, and best friend. We want to celebrate her for being such a good person, her loyalty, and her unselfish service.”

Her sister Judy Savage added, “My sister has a special place in her heart for those in need. As the head cook at the kitchen, she has done an excellent job especially with the children. She has taken money out of her own pocket to help them get them what they need.”
Concluding the praise of Henrietta Savage Armstrong was another brother Harvey Savage, Jr. who said, “The Board of the Kitchen of the Poor acknowledged her 25 years of service and said anybody who works in this field that long deserves some recognition. This is not easy work, and she has survived that and done well with it. We want to let her know how much we appreciate what she has done for the community and the family. My father used to say, “ The community should know that you’ve been here!”