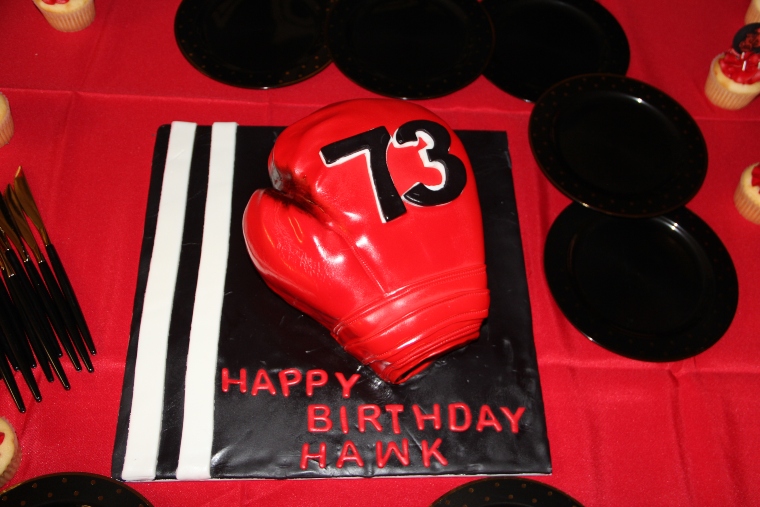 From his early days of boxing, to the jungles of Vietnam, Howard Harthorne was rarely caught off guard. But on the night of Friday, November 13, he was finally delivered the blow, that totally surprised him, when his family gave him a surprise 73rd birthday.

Held at Lontae’s Occasion Hall, 1036 Holland Sylvania, the family hoped they could really surprise him, being that his birthday was the day before, on November 12.

Elaine Harthorne, wife of 18 years, told The Toledo Journal that her husband doesn’t like surprises and really didn’t want to get out of the house that night.

“I had my girlfriend call him and invite him to her goddaughter’s birthday party,” Mrs. Harthorne said. “He really likes her and said he would attend.”

She shared that, when she tried to get her husband to put on a nice shirt and a nice pair of shoes, he responded by saying, “Why, we’re just going to a kid’s party?”

When they finally arrived at the hall, Mrs. Harthorne did something that was totally out of character; she held the door open for her husband, and encouraged him to enter the building first. “He always holds the door open for me, and lets me walk in first; so we we’re kind of going back and forth in the doorway, as to who would enter first,” she said, while laughing.

Unfortunately, Mrs. Harthorne wasn’t able to convince her husband to enter first, but that small detail didn’t damper the surprise; Mr. Harthorne entered, and was greeted by the loud words of surprise.

Haley Harthorne, daughter, explained why her father was worthy of the celebration. “I was five years old when my mom died, and my father raised us on his own, before marrying my stepmother, who was there for us too. Words can’t describe how I feel for him.”

“He’s always been strong for our family, and always made sure we had what we needed,” said Bianca Harthorne, daughter.

“Whenever I felt like slowing down in life, I could always hear my dad’s voice telling me not to give up,” said Marilyn Richardson, daughter.

“He would tell me to never give up son; the underdog can win too,” said his son, Howard Harthorne IV.

“He’s as cool as they come,” said Jerrie Conner, stepdaughter. “I really appreciate the things he has done for my mom, me, and my kids.”

“I was really surprised,” said Howard Harthorne. “I really wasn’t expecting a party.”

He shared that, at the instant everyone yelled surprise, his mind went blank, and he was trying to grasp what exactly was happening.

“I really appreciate everything my family has done this evening. We always stick together, and try to help one another,” he said. 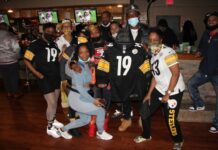 NAACP Freedom Fund Banquet focuses on getting people to vote