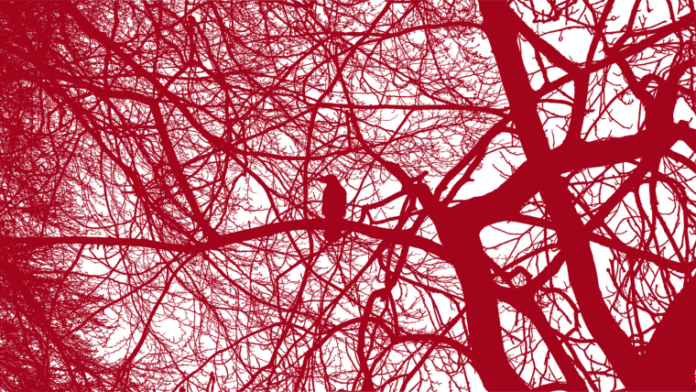 In my last column, I indicated that the ancient relic of voter suppression aka: Jim Crow was flying high and was seeking comfort, understanding and solace in a friendly clime.

Now, bird watchers on the ground have reported that Jim Crow has been sighted and a recent landing was confirmed in the statehouse of Georgia.

Reporters even saw a teary-eyed Governor Kemp, who ran and knelt at the feet of this raucous and bombastic bird.

In both chambers of the Georgia legislature, the cackling bird was greeted as a conquering hero. Both men and women swooned as ol’ Jim Crow passed by them and said to the rapturous crowd of white Republicans, “Don’t worry, I am here and everything will be alright!”

Jim Crow assessed the crowd and took his invited seat in the chair of The Speaker of The House and then motioned for quiet with his two large wings still quietly moving up and down.

“This is an historic day for Georgia! Finally, I have found a place to call home again after so many, many of being banned by those pesky Northern carpetbaggers. When I found out that my ace flying buddy, Donald Trump got the boot here in Georgia, I was devastated beyond belief for I thought for sure that Georgia would always be my home with its long and proud history
of suppressing the vote of colored people.”

“I simply assumed that the good white people of this fair state would do the right and honorable thing and make sure that the Negro vote would be properly “managed” but somehow, things got snick snarled and those people just would not be still.”

“ My allies, the White Citizens Council and the KKK and their buddies in the judicial system and law enforcement simply fell down on the job; and now look what you got! A Jew and a Black being your United States Senators! Georgia how did you let this outrage happen?”

“Don’t you know what will happen if these hordes of nappy headed voters are allowed to vote? There goes your democracy and the next thing you will know is that you will have the March of the Butterscotch Babies taking over everything! Is this what you want?”
At this, the assembled crowd, yells in unison as one voice, “No, not now, not ever!” Jim Crow, now looking more emboldened than ever, glances over the proposed voter suppression legislation that is up for a vote and nods his head in approval at its many provisions that will either slow down or stop the Negro from voting in large numbers.

Jim Crow, now having the enthralled audience in his grasp, goes on to say, “In the good ol’ days, we knew how to take care of our coloreds and when they got out of their place, we knew what to do. This bill you are about to pass is a good start in that direction!” “ I can tell you that I just flew in from Arizona, Mississippi, Alabama, Wisconsin and Arkansas and they are having the same problems with their black and brown people.”

“Those states, and others, are looking to you Georgia to set the example and rein in these out-of-control colored voters. Our sacred way of life is in dire jeopardy if we cannot control who votes.”

“Once you let the masses into the voting booths, you lose! It is as simple as that. Why do you think we had to lynch so many black people back in the day? The major reason is that they got uppity and wanted to act white and vote! That’s why!”

“Unless you control the vote, you control nothing! Voting is power and if you give the Negro the vote, the next thing is that he wants to marry your daughter and live next door to you.”

“You got to stop that madness by stopping the vote! Are you with me!” At this point, the crowd turns delirious and drowns out the voices of the few protesting black legislators who are present.

To the delight of the white audience, Jim Crow then produces a tape recording of Donald Trump saying, “To all of you good people in Georgia, As you know the election was stolen from us and we need to fight to get it back. This legislation is a way to fight back. So, do what my buddy Jim Crow tells you what to do so we can make sure in the next election, those people do not overrun us and enact their socialist agenda and allow hordes of Mexicans to Travel by car caravans to your great state and bloat your governmental services. Georgia for Georgians!”

At this exhortation, the crowd went delirious with some women fainting and many men openly crying tears of joy.

Jim Crow saw the reaction of the crowd, smiled and started for the door because, before the day was over, he was scheduled for flyover stops in Pennsylvania, Michigan and Ohio.

As he gave one last look back at the appreciative crowd before he took flight, Jim Crow wiped a tear from his eye and was wistful for the good ol’ days when colored people knew their place and white folks knew how to handle them.

DING DONG THE WITCH IS DEAD!

Just Trying to Help…That’s All!