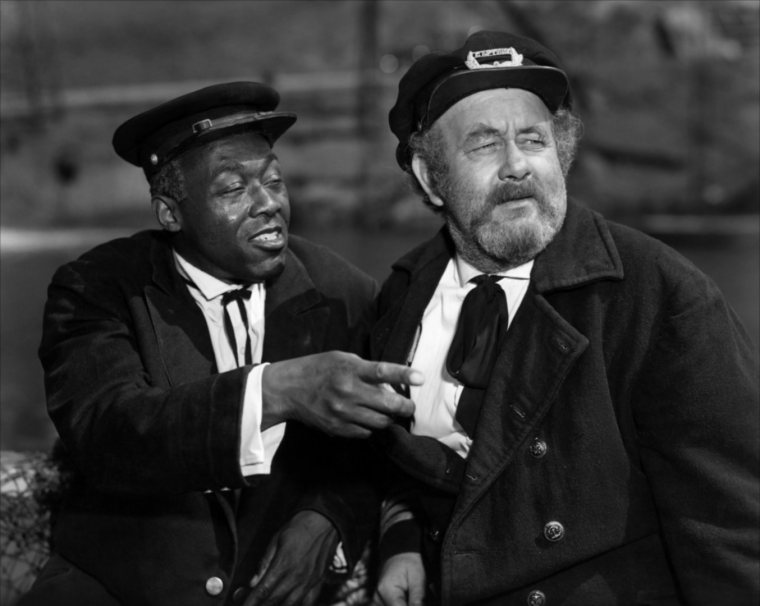 I do not know about you but I am ready to bust into a chorus of “Mammy!” at any moment. Don’t push me! I am already at the edge!

I mean…what is it with this current political drama of white politicos expressing their inner personality urges and they wanna be black or brown caricatures of people of color?

I mean…really! I would bet you two fried catfish to a Po’Boy sammich that if you were to take the lid off of white politicos and good ol’ boy white fraternities you would find a hidden cache of black face cream and boot polish in their attics and basements.

I mean…what is the fascination of white folks, young or old, wanting to sing
a tear producing song of, “Mammy!” or do a Moonwalk or dance a jig like Stepin Fetchit used to do with the late Shirley Temple?

I mean…First of all, white society denigrates and demeans black men and women with racist caricatures and images of African-Americans eating watermelons with overblown red lips, black people adorning the boxes of food (remember Aunt Jemima and Uncle Ben?), and of course pictures of black men with huge bucking eyeballs and grinning with bloated lips.

I mean…wasn’t it enough to relegate black people to slavery (we came to America as people with dignity and a history and then were beaten and subjugated into slavery….a big difference!) and to whip and kill slaves on the plantations and to deny them any wages for their sweat equity.

I mean…why the day and night time terrors of hundreds of years of slavery via mental and physical abuse and belittlement, the condoning of the terrorist group, the KKK and the White Citizens Council?

I mean…why the daily abuse and punishment and denial of basic human rights including the right to form a cohesive family and to earn a paycheck by honest labor when both the North and the South benefited from the fruits of peonage slavery. It was slavery that allowed capitalism to get a foothold in America and to flourish and to dominate the world.

I mean…why the past blessings of the highest courts in the land regarding black people having no rights that a white person had to respect  (Dred Scott decision from the US Supreme Court) and the government turning a blind eye when slavery ended so that the emergent Jim Crow laws could practically re-enslaved black people…and get away with it!

And yet. The country goes through all of the above and yet they still want to
call black people the N****r word and find every which way to put stumbling blocks in their ability to vote, obtain housing, get a fair education and find employment but then have the temerity or audacity to say that black folks are lazy!

I mean…why are we still giving comfort to people and to places which hold dear allegiance to Confederate flags, the lionization of General Robert E. Lee and the continual enshrinement of white womanhood as  being virtuous?

The answer is simple: White folks still want to have the white privilege option of using old racial mnemonics  as a way for them to remind themselves of a good ol’ time in the past when they ruled with an iron fist and the lynching of black people was a public spectator sport.

White folks who still trot out despicable images of black people and who bring out their KKK robes are reminding black people that it could all start up again…they are ones with a subconscious mindset that finds no offense in dressing up as Mammies, or using black shoe polish on their faces to mock and profane people of color.

It is of strong significance that the current occupant of the White House has said enough racist statements that one could believe or infer that it is now OK to  attempt to do a moonwalk at a critical press conference called by the now embattled Virginia governor.

Herr Trump has given implicit permission and approval to his base, and to others, to act the fool and show out; and then they wonder why there is a blow back to their racist antics?

Are they that clueless or tone deaf? Some are…some aren’t. Some do it for the anticipated laughs and guffaws that will come their way. Others do it because it reminds them of a prior happy time in which they were unchallenged in their abhorrent treatment of black people and Native Americans (Chief Wahoo of the Cleveland Indians baseball team anyone?).

So, when we see the current governor of Virginia try to wiggle out of the horrible pictures which purportedly represent him either as in full black face costume or wearing a pointy KKK robe, you gotta wonder and think, do those depictions influence or control their professional life and their interactions with people of color as it regards: fair housing, equal employment, competent medical care, fair social policies, police powers or even a white clerk demeaning a black customer?

America has never come clean as to its sordid racial history and much less the issue of reparations or the accountability for thousands of lynched black men, women and children (yes children!) who lost their lives on a whim or a lie.

Now, the Attorney General for the State of Virginia has recently confessed that he too wore a wig and browned his face back in 1980 to imitate a black rapper. The Attorney General! Can you imagine what decisions, if any, that may have been “colored” by his biased perception of black men and women.

Too many white folks have no historical understanding of slavery in America and its continuing aftermath…and they do not want to learn because of the intense pain and angst that it would uncover and their fear of “retribution” for what they did to black people.