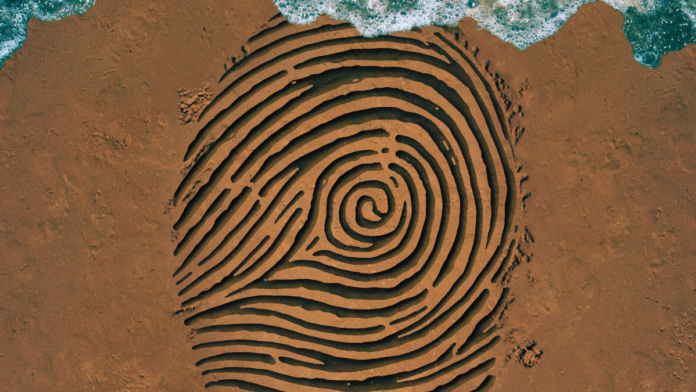 Almost everyone of a certain age has memories of watching “Roots,” the television adaption of Alex Haley’s epic novel that first aired in the 1970s.

One of the most painful scenes in this drama is when the white plantation overseer demands that the enslaved Kunta Kinte accept the slave-name “Toby,” and has him whipped to the point of near death until he does.

The erasure of the identity of the people of Africa and its diaspora is a major contributing factor to the asymmetrical relationship between people of color and the ethnic European benefactors of global colonialism. If you are robbed of your identity, it is easier for an oppressor to ignore your humanity.

This asymmetry can be clearly illustrated by two similar and distinct tragedies taking place in the world right now.

The tragedy with which most Americans are familiar is the Russian invasion of Ukraine, which has forced refugees to flee to Poland and other nearby nations. The depiction of the human misery and loss suffered by the Ukrainian people is being broadcast on American news channels almost 24 hours every day, and the United States has opened its wallet to the tune of $13.6 billion dollars to provide aid to these people.
On the other hand, there is little notice given to the refugees fleeing violence in the West African nation of Burkina Faso.
According to the United Nations Office for the Coordination of Humanitarian Affairs, due to violence that has spread over the area just south of the Sahara Desert, known as the Sahel – as well as portions of central Africa – more than 1.7 million people have been displaced internally in Burkina Faso.

To learn about the tragedy in Burkina Faso, readers must seek out reports from organizations such as the office of the United Nations High Commissioner for Refugees, Refugees International, Norwegian Refugee Council or Deutsche Welle, which in its self-description states that it presents “off-beat stories” along with other news and analyses of German and international affairs. It should be noted, however, that TIME magazine saw fit in mid-2021 to run a commentary about the Burkina Faso refugee crisis written by Academy Award-winner Angelina Jolie. On the other hand, one cannot help but wonder if that commentary would ever have seen the light of day without the star power of the author.

The Western press does not care about Burkina Faso. It is a faraway land whose capital city has a name, Ouagadougou (pronounced “Waa-gaa-doo-goo”), that is alien to European tongues. But most importantly, it is a country populated by a group of people who are of little interest and no concern to the West. When the French invaded that land in 1896, forced it into compliance and made it a colony, they took away its name and gave it a new name – a French name – “Haute Volta,” which translates into “Upper Volta” and describes the upper region of the Volta River and its tributaries. But to add insult to injury, “Volta” is the name given to the river by Portuguese gold traders in Ghana. “Volta” is Portuguese for “twist” or “turn,” and the river may have been named thus because of its extremely curved course.

In 1984, the nation shed its colonial name and adopted the name Burkina Faso, which means “Land of Incorruptible People.” This was a great step forward for a people whose identity had been stolen almost a century earlier. But there are lingering effects of the French colonial period. The spelling of the name of the country’s capital, “Ouagadougou” is based on the conventional spelling system of the French language, not the language of the indigenous people. In written form, Ouagadougou is still being called outside its name.

In addition to the partial erasure of its cultural identity, Burkina Faso also is made economically invisible to some degree. France still controls Burkina Faso’s currency, along with the currency of several other former French West African colonies. The currency in use in those countries is the “Franc of the Financial Community of Africa,” which was originally termed the “Franc of the French Colonies in Africa.” Burkina Faso’s former colonizer is its current economic “handler,” and it is difficult to see around France’s involvement to get a clear view of this West African nation as an economic entity.

Colonialism and post colonialism have made Burkina Faso all but invisible to the Western gaze. And it is extremely difficult to have empathy for something that is invisible to you.

Burkina Faso is a part of the global community, but for so long it has been made invisible by cultural choices and economic policies of the West. As the land disappears from the minds of Westerners, so do the people who live there.

People of color must work together and with our honest allies to assert our identity and our presence in the various national communities, as well as in the global community as a whole. We cannot let our oppressors define us in a way that erases our identities. And no matter the economic, social and political lashes they bring down upon us, we must stand strong and confirm that we are not Toby.

Oscar H. Blayton is a former Marine Corps combat pilot and human rights activist who practices law in Virginia. His earlier commentaries may be found at https://oblayton1.medium.com/