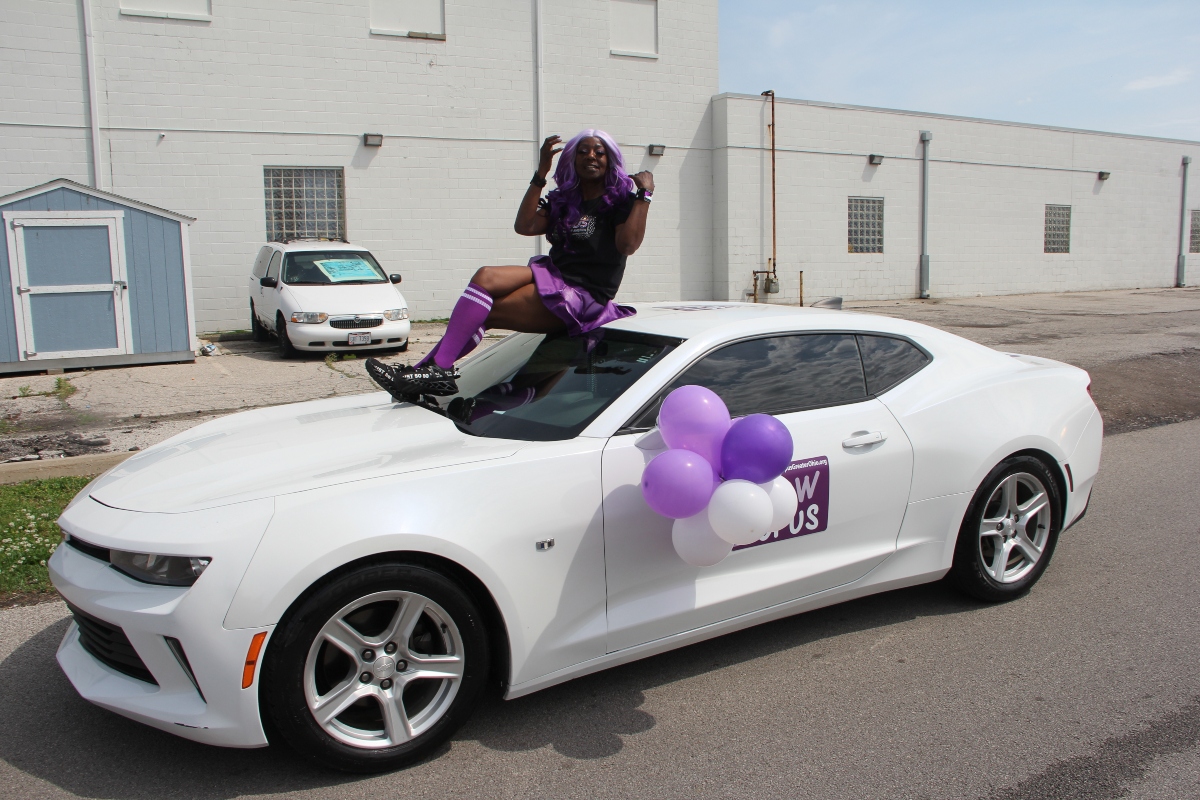 Despite being affected by the harms of Lupus, for about 20 years, Rachelle Roy, continues to be the voice in Toledo, who brings awareness to the autoimmune disease, and raises funds for the treatment of the incurable ailment.

But during the weekend of May 21 and 22nd, it may have been her biggest accomplishment to date, when informing more people in Toledo about the disease.

Her mission started off on Saturday the 21st, with an armada of corvettes, 120 to be exact, from the Competition Corvette Club, driving west on Dorr and Collingwood, to Club Evolution on Reynolds Rd; a six mile journey. Accompanied by the Toledo Police, Ms. Roy drove the lead car with the words, Lupus, taped on the side, and surrounded with purple balloons, the color representing the disease, as people lined the street, some of which wearing the colors that represent the disease.

“I knew it was Lupus Awareness month, and thought this would be a good idea for the club to get involved in, and help bring awareness to the diseases,” said Ryan Glaze, a member of Competition Corvette Club.

Once they arrived at Club Evolution, she would share information about the disease with the members, and others in attendance. “For the first time, I had a man approach me, a White man, in the Competition Corvette Club, and shared with me that he too, has the disease, and wanted to drive in the parade,” she said. Her passion to bring awareness to the disease hasn’t gone unnoticed as she shared that the Lupus Foundation loves her energy, and has gained a lot of attention in the region.

When Ms. Roy finished speaking, she was met by a barrage of people thanking her for her work of bringing awareness to Lupus. One of those greeters was Ericka King-Jordan. She was diagnosed with the disease in 2019. She turned her back to Ms. Roy, and pulled part of her shirt off her shoulders, showing the scars the disease has caused her.

“I just recently heard of what Rachelle has been doing, and wanted to attend,” she said. “I haven’t seen anything like what I’ve seen today, as far as the parade of corvettes, and this large gathering; it’s truly amazing. I just wish Lupus was talked about more like breast cancer.”
Later that afternoon, Ms. Roy would attend a luncheon honoring Reeshemah Adams who died of Lupus in 2018. That luncheon was hosted by the sister of the late honoree, Felicia Howard, and had a panel of experts discussing the disease.

Saturday would end with another awareness, and fundraising event in which people bowled the night away.

“I just met Rachelle at bowling, and we started talking about Lupus. When I found out she was having this event, I knew I was going to participate in it,” said Nancy Venia.

Larry Patterson Sr. said he knew he would participate in the fundraiser because it deals with a serious ailment.

Sunday the 22nd would officially end with a Lupus Walk at Ottawa Park. There, those who are battling the disease, as well as supporters would participate in the walk, including Schatzia Depp. “This is an excellent event. It needs the same support, and funding like breast cancer,” she said. Ms. Depp is battling the same type of Lupus, as Ms. Roy, which is Discoid Lupus. That type of lupus leaves a rash on the face, and affects the joints, amongst other things.

Although Ms. Roy’s form of lupus, Discoid, affects her skin, and makes her extra sensitive to the skin, she still participated in all the outdoor activities of the weekend in an effort to continue to raise awareness.