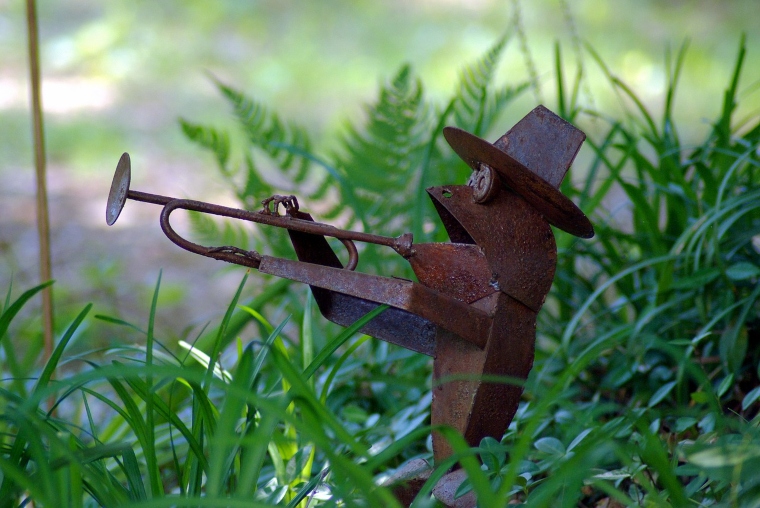 On Saturday, September 7, 2019, the weather was impeccable as was the setting for an outdoor concert and one last summer season fling. On that day deep in the woods at 11:00 am, in The Ottawa Park’s Amphitheater, the 5th Annual Great Lakes Jazz Festival got underway with a ten-hour jazz concert.

The audience was exposed to several types and styles of jazz music and it was like the old saying, ‘How time flies when you’re having fun.’ This evidently was the motto for the majority of the audience, who attended the concert, the bulk of the audience stayed for the entire ten hours. It was like a mini version of the Woodstock concert in Toledo, only with a different genre of music and different kind of audience.

The musicians on the roster were all accomplished, polished, professionals, a fact that would be very evident doing their performance. Also, if you got hungry, there were vendors selling food and beverages at the door. Again why leave, it was the perfect event on a perfect day.

The show kicked off with The Skip Turner Band featuring vocalist and recording artist, Deborah Gardner. She has also performed here in Toledo with Rev. Dr. Derrick  E. Roberts (deceased), the Sir Kalvin Hughes Trio, The Jamm Band and many others all around the United States.

Skip Turner also granted a guest spot in his set to Toledo’s self-taught musical child prodigy Gregory Buchanan Jr., who sings, plays the piano and the organ, several types of guitars, and the drums. He’s only just beginning and we are sure to hear more from him in the future.

Next up was from Detroit, MI. was Jerome Clark and Friends featuring Dave McMurray on Sax and vocalist Audrey Northington. Guitarist Jerome Clark is well known in the Detroit, MI music scene and he has performed at Bakers Keyboard Lounge for the past two decades as well as many other engagements in the area. In 2009 he completed ‘Water’ his first CD.

Audrey Northington (AKA the Scat Diva), who is currently appearing at Bakers Keyboard Lounge, has been referred to as the female Al Jarreau or little Ella Fitzgerald because of her sassy approach to the blues.

They were followed by the Latin Jazz Players a group from Lorain, OH. They call it the Latin infused Jazz Sound and currently have a CD available.

Next came the Mike Fageros Quartet. Guitarist Mike Fageros is a headliner at Bakers Keyboard Lounge in Detroit, which is the oldest jazz venue in America. His style of playing is best described a cross between postmodern bop, soul jazz, acid jazz straight ahead and the avant-garde without belonging to any the above categories.

Appearing last but not lease was the headliner of the show, Dean James of Houston TX., who is both an alto and soprano saxophonist, and he is about to release his filth solo project entitled ‘GROOVEY SAX’,. Here he introduces another level of original compositions, combined with all the elements that make up a diverse and exciting listening experience. This project is a unique blend of Smooth Jazz, R&B, Latin and Popular music that sets apart his own signature style and sound. Born and raised in San Francisco, Dean James began to play the saxophone at the age of fifteenth.

The 5th Annual Great Lakes Jazz Festival was produced by Jazz Enthusiast, Radio Host, and DJ, Hugh Ross, who is also known as, The H-Factor. He said, “My dream was to have a festival in Toledo with four or five different genres of jazz, and here it is today. I’m glad the weather cooperated with us and hopefully, this will continue to grow. Toledo has a rich history of jazz such as Art Tatum Jr. and others. My goal is to reach everybody and turn them on to the world of jazz.”

He went to say, “Toledo has all other genres of music on the radio except jazz, so soon I will have the H-Factor Jazz Show online @ hfactorjazzshow.com. Hugh Ross also said, “Keep your eyes open because we have more Jazz Events coming in the near future!”