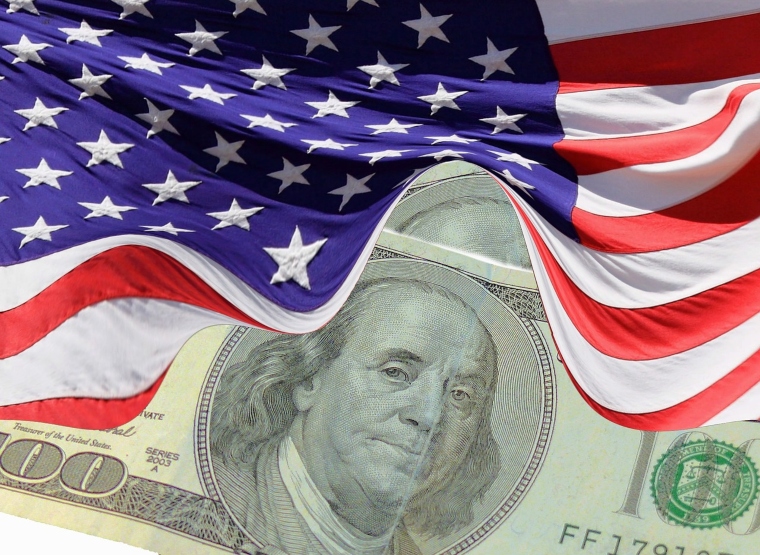 (TriceEdneyWire.com) – If you tell me how you spend your money, I can tell you what your values are. You say you are a Christian but neither tithe nor have a church home. You say support civil rights but have no connection to a civil rights organization. You love your alma mater never contribute to the place.

Put your money where your mouth is. Budgets are reflections of values. Thus, I was unsurprised with the budget our forty-fifth President (also known as “Forty-five”) proposed to Congress on February 10. His budget – cuts domestic programs, maintains defense spending and targets poor people. It cuts education, housing, and environmental protection. It would eliminate our art and cultural agencies, including the National Institute for the Arts, the National Institutes for Humanities, and the Corporation for Public Broadcasting.

Forty-five’s hostility to poor people is reflected in reductions in Medicaid, food stamps, and the CHIP program, which provides health care for poor children. And while he is starving poor people, he insists on preserving the 2017 tax cuts that mostly benefitted the wealthy. I’m not surprised that “forty-five” maintains his hostility to the poor. We’ve seen this in the previous budgets that he’s presented to Congress. He favors cuts in domestic spending, increases in military spending, a wall (which he has directed the Pentagon to fund), and indifference to the environment.

The budget shows contempt for the planet and its survival. 45 would cut the Environmental Protection Agency’s budget by more than a quarter, through the EPA budget, and even more with environmental initiatives that are embedded in other budgets. For example, with our crumbling infrastructure, the 45 budget cuts the Transportation Department by 13 percent, cutting highway infrastructure programs and transit grants. The Department of Interior is proposed to shoulder a 13 percent cut, reducing land acquisition, conservation, and assistance for Native American tribes.

This administration’s hostility toward environmental protection is evidenced by the fact that Mandy Gunasekara, who spearheaded the rollback on President Obama’s Clean Power Plan, is returning to the EPA as chief of staff this spring. She has advocated scaling back rules on greenhouse emissions and is credited with urging the President to leave the Paris accord.

Until 2017, the world has looked toward the United States for global leadership, but this most recent budget would reduce our involvement in world affairs. The State Department and USAID would be cut by $12 billion, more than a fifth less than last year. Virtually everything in the USAID and State budgets is reduced, including humanitarian aid, contributions to international organizations, and cultural exchanges; only Ivanka Trump’s Women’s Global Development fund seems to have been protected, with its allocation doubling!

The Department of Veteran’s Affairs is the only Cabinet agency that will experience a double-digit budget increase of 12 percent. After a series of scandals involving the delivery of health service to the nation’s veterans, few would dispute the need for a stronger agency. But wonders if the $12 billion increase in this agency’s budget will improve efficiency, or if it is merely pandering to veterans, a core part of the President’s base.

NASA is another agency that gets a double-digit budget increase, partly to fund space exploration. The Defense Department budget remains relatively flat, with an increase at just one-tenth of one percent. The budget is generous enough, however, to purchase new nuclear warheads and new missiles. It also will fund an arms race with China and Russia. What if just a tenth of the “defense” (I consider it an offense) budget were devoted to human needs? That would be $70 billion to, perhaps, restore the $9.5 billion Health and Human Services cut, restore the $5.6 billion Department of Education cuts, to restore the $1.3 billion cut to the Labor Department (“savings” will be realized by cutting unemployment insurance, and payment to the Pension Benefit Guaranty Corporation, among other programs/ That $70 billion could also restore the $1.9 billion cut from the Agriculture Department.

I’m fantasizing, of course. Few in our warmongering nation would have the nerve to cut the defense budget. Predatory capitalism and the war-industrial complex will keep our “defense” department in business, with companies that manufacture nuclear warheads, missiles, and more, raking in record profits.

This budget illustrates what this administration is all about. It is hostile to poor folks, to culture, to education, and to farmers. It is unwilling to spend money on international relations. It is willing to continue to reward the wealthy for just being wealthy. It reflects forty-five’s values.

But there’s good news. Congress has failed to pass forty-five’s budget in the past, and they probably won’t pass it this time either. With a Democratic majority in the House, human needs will likely have a higher priority. It won’t cut State and USAID budgets. It’s a good thing Congress has more of a conscience than the President does. But this budget is a wake-up call for those who want health care and also a second Trump term. The two are incompatible.

Dr. Julianne Malveaux is an economist, author, media contributor and educator. Her latest project MALVEAUX! On UDCTV is available on youtube.com. For booking, wholesale inquiries or for more info visit www.juliannemalveaux.com