(TriceEdneyWire.com) – African-American unemployment has reached its lowest levels ever. President Donald Trump boasts about this on the stump, naturally claiming credit for a recovery that began after his predecessor, Barack Obama, saved an economy that was in free fall. Trump says he’s delivering on his promised “new deal for blacks.”

Don’t fall for the hype. A low top line unemployment rate is a good thing. Tight labor markets force employers to compete for workers. More African Americans who are too often the last hired find jobs.

Those who have lousy jobs are more confident about looking for better ones. Even harsh employers like Wal-Mart find it necessary to lift wages to attract and keep decent workers. Wages should start going up. But we haven’t seen much of that in this economy.

Don’t fall for the hype.

That’s because while the topline rate is down, it doesn’t count millions who have given up looking for work and have dropped out of the work force. Only if the economy continues to grow and unemployment continues to decline are we likely to see wages starting to improve.

The big problem, however, is that most of the jobs are simply lousy. Virtually all of the new jobs aren’t secure — they are part-time, short-term contract jobs, with variable hours, few benefits and low wages. Not surprisingly, African Americans are more likely to be caught in these kinds of jobs than whites are.

Like most Americans, African Americans find that the costs of what they need are rising faster than their wages are. Paychecks don’t buy what their paychecks used to buy. Health care costs are exploding. College debt is now higher than credit card debt and auto debt.

Black households make less income and have dramatically less wealth than White households. This is true at all levels of education and in every region. According to a report from the Asset Funders Network, the median wealth of single African-American women is a stunning $200.

It is $300 for single African-American men. It is $15,640 for single White women and $28,900 for single White men.There is less poverty now than there was 50 years ago. African-Americans have started to close the education gap — in graduating from high school, getting acollege or advanced degree. Yet in 1968, the median black household only earned 63 percent what a median white household earned. In 2016, the gap was worse,with blacks earning only 61 percent of what a typical white household earned.

Much of this is due to discrimination. Study after study shows that job seekers with a “White sounding name” are more likely to be called back than those with a “Black sounding name.” Some of it is due to the failure of the minimum wage to keep pace with productivity or inflation. Some of it comes from the decline in labor unions, with wages stagnating across the board.Trump boasts about the unemployment rate. He promised in the campaign a “new deal for Blacks.”

He claims that cracking down on illegal immigrants has helped lift Black wages by reducing competition for low-skilled jobs.The reality is that Trump’s policies are perversely designed to make things harder for African-Americans. His administration is rolling back enforcement of civil rights laws across the government. It is cutting back on enforcement against wage theft and payday lenders.

It is reversing Obama’s order to provide millions more with overtime pay. Trump boasts that he has dismantled Obamacare. The result is millions more losing coverage or unable to afford the prices that are rising, in part, as a result of Trump’s attacks.

The administration plans to reduce funds for Pell grants and college loans. Its tax cuts will go overwhelmingly to the already rich, while it calls for reducing theresulting deficits by slashing spending on Medicaid and Medicare, on foodstamps and education. Low-wage White workers will be the most numerous victims, but African-Americans and Latinos will be hit disproportionately. A good economy with full employment can help solve many problems.

But Trump’s “new deal for Blacks” is a bad deal from the bottom of the deck. We know what to do to reduce poverty and entrenched discrimination. It isn’t a mystery. It is simply a matter of will — and of power. 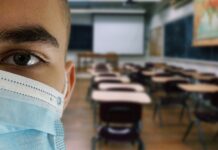 COVID-19: Have You Figured out Face Masks Yet? 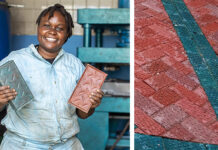 Black Woman Opens Factory That Produces 1,500 Bricks a Day, Made From Plastic 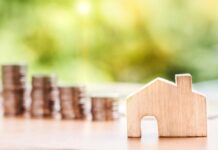