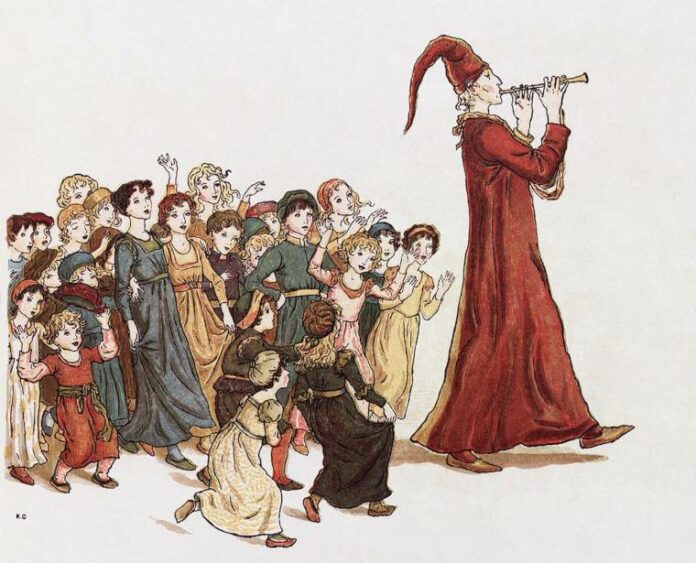 It is a siren call. A call to lull you to sleep. A sleep that results in parts of your spirit being chiseled away by a song that inwardly you know better than to listen to and much less obey.

It is a song of luring you to love that which is unlovable or at the least, unforgiveable. The song has no bass drum or clanging cymbals, but its allure is not in its sonorous metric beat but how the song makes you feel that you are part of something greater than yourself.

The song whispers to you that you are powerful, intelligent and are worthy of devotion and attention and that others who are not selected for such prominence simply do not understand your attraction to the song.

The Pied Piper of the song, winks and smiles at you as you grasp with the subtleties of what the song is demanding of you but yet, you want to be seduced by the song because it is so enticing to see yourself enveloped in its cocoon of power, perks and privileges that few other mortals will ever exercise or know.

You look around and see the few others like you, who also are starry eyed about they being selected for this adventure of power and influence by the Pied Piper.

The Pied Piper sees your soul and takes measure of your character and plays melody after melody that entrances you and you justify to yourself that all is well and what you are about to undertake is worth it all.

You swallow hard and justify to yourself that you are making a right decision and that one day you will receive praise, glory and honor for following this Pied Piper…a Piper you later find out is a collector of lost souls.

But for now, in the moment, you abandon all rational thought and throw your conscience to the wind and take up your bed and bowl and follow this Pied Piper.

Afterall, what could be so damaging as to following your instincts to follow your destiny of power and glory and honor?

Others are doing it and they seem to be rational persons whose resumes are studded with business successes and academic honors and awards!

Surely such a luminous crowd could not be cajoled into doing anything which is repugnant or ill-advised or a cause for shame?

But. The Pied Piper plumbs the depths of your conscience and morality and gauges that you are “ripe” for the pickings and you would be a devout follower. Willing to compromise when and where necessary and always, without a doubt, to consistently tell yourself and others that the song of the Piper is of value and worth; and since you have hitched your stars to his song, you also are of worth and value.

The Pied Piper deftly and astutely plays his mind numbing melodies and you swoon to their enticing embrace and as you travel the road of this Piper, you, without discernment, start to shed values and beliefs that have guided you all your adult life.

And yet, this Piper with his powers of charisma and persuasion, transforms you into his liking and image and you, now somewhat lost and without the sure footings of a moral compass, nervously smile and say to yourself for the hundredth time, “It is alright. Every will work out OK.”

But it does not work out. And everything is not fine. You find yourself beginning to parrot the awkward lines of the Piper. You begin to think in gray tones and not clear black and white as to what is right and what is wrong.

Situations arise that in your former, “Pre-Pied Piper Days”, you would assiduously take a stand against what is clearly amoral, unjust or unkind.

But now. You let the unkind remark or the bully-like commentary pass thinking you will address it later in private with the Pied Piper but time passes and you fail to do so…just like so many other similar situations that you allow to sit and fester and rip at your conscience.

The Pied Piper sees this and smirks and laughs at your moral peccadilloes and tells you to that his facts are true and everything else is labeled, “FAKE NEWS” or, “those others” are conducting a witch hunt against him and he is being victimized.

You flinch and winch at being inculcated with such gibberish but you see others are also in lock step with the Piper and you do not want to lose their support and camaraderie; and so you quiet the shouting inner voice that says, “ Say something now!”

You look up and the Pied Piper has spied you out and the devilish glint in his eyes tells you that he has just devoured a piece of your honor and integrity; and he knows (and you do too!) that you will not stand up and protest.

You, in quiet anguish and desperation, look around the table and see your fellow followers with their eyes now empty     of compassion or humanity simply sitting and staring in soul less wonder at their Piper, Donald Trump.

At that moment, your memory turns to the Book of Genesis when Satan in the Garden of Eden, corrupted the Word of God by telling Eve, that God lied about the tree of good and evil and she will in fact not die as God told her, if she eats the apple.

The Piper, still taking stock of your moral discomfort, laugh and says, “I, I alone can fix it!”