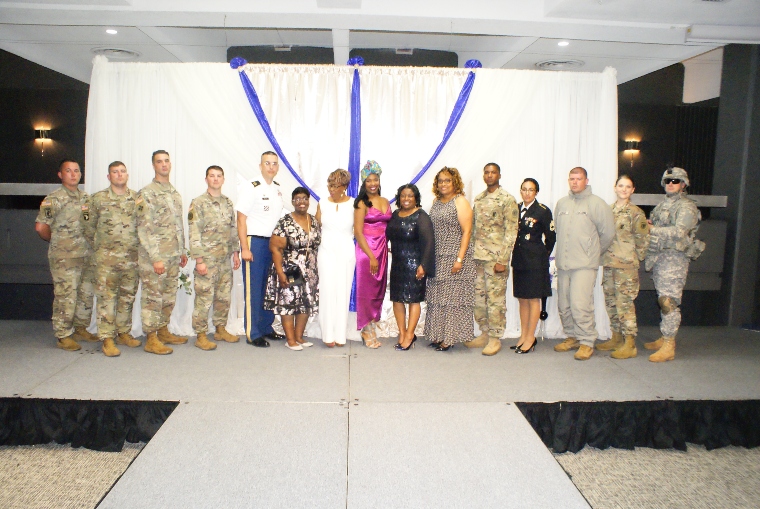 Widows Empowered Strengthened & I, Inc., W.E.S. & I, Inc., hosted their second annual, “Uniforms on the Runway,” fundraiser. Held on Sunday, June 23, in the Great Hall of the Stranahan Theater, 4645 Heatherdowns Blvd, servicemen and women, of the United States Army, modeled various types of attire.

In addition, there was a keynote address by a member of the organization, Maryanna Oien, regarding the tragic loss of her husband, and how she dealt with that  incident. There was live music from the “Intuition,” band featuring “Lady K,” and dinner served by The Club 300.

The purpose of the event, according to Laurie Sanders, fundraising chairperson, is to help support women, financially, emotionally, academically, whose husbands passed away.

“Not only does the loss of a husband is emotionally devastating, but financially as well,” she told The Toledo Journal.

“Society is used to seeing those who defend us in their uniforms. But we wanted people to see them without the uniforms, to kind of show the human side of those in the army,” Ms. Sanders said.

Marian Idell Watson is the founder, and CEO of the organization. She formed the organization shortly after the passing of her husband, Wesley J. Watson in 2014. Further, Mr. Watson was a 20 year veteran of the Toledo Police Department, who was also the motivation of their first fundraising event, in 2018 that, had members of the police, fire, and Sheriff’s Department serving as the models.