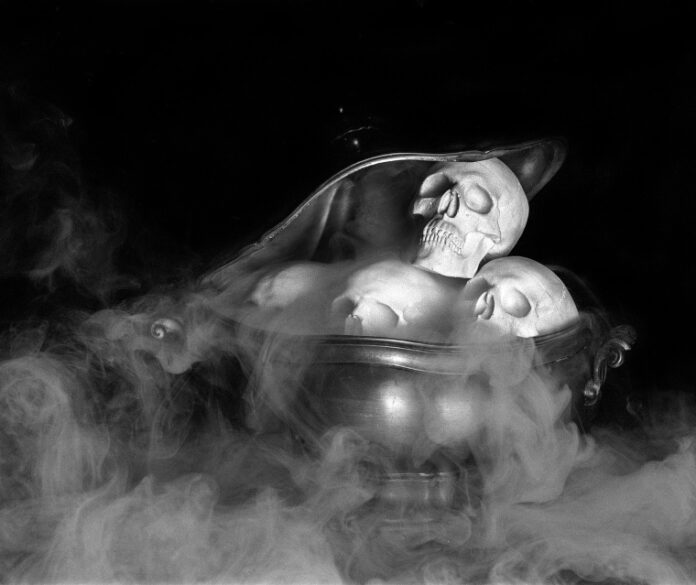 (TriceEdneyWire.com) – Most recently, we are finding out that vaping and e-cigarettes are causing health problems in the healthy lungs of young people.

Initially touted as a sure-fire way to create a generation of tobacco-free adults, we are now finding that they are not the panacea they were intended to be. Electronic cigarettes are less harmful than traditional cigarettes, but they aren’t safe. There’s evidence they can damage the lungs, and they’re also a path to nicotine addiction. Last year the percentage of teenagers using nicotine grew at the fastest rate ever recorded for an addictive substance, according to a survey funded by the National Institute on Drug Abuse.

In fact, studies have found that young people who use them are more likely to become consumers of tobacco products than those who have never used them.

I should say a little about vaping, and what it is, for those who don’t know. In 2014, The Oxford English Dictionary made “vape” the word of the year!

Vaping is the act of inhaling and exhaling the aerosol, often referred to as vapor, which is produced by an e-cigarette or similar device. The term is used because e-cigarettes do not produce tobacco smoke, but rather an aerosol, often mistaken for water vapor, that actually consists of fine particles. Many of these particles contain varying amounts of toxic chemicals, which have been linked to cancer, as well as respiratory and heart disease.

Vaping has grown in popularity with the rise of e-cigarettes, which were introduced to the mass market in the U.S. in 2007. Vaping devices include not just e-cigarettes, but also vape pens and advanced personal vaporizers.

More than 200 people across the US have come down with a mysterious illness that appears to be linked to vaping – the latest wake-up call to the potentially serious health risks of using e-cigarettes.

Federal officials are now confirming 193 potential cases of lung ailments linked to e-cigarettes reported by 22 states. The most publicized was the recent young student-athlete in Wisconsin, whose suffered from severe ling damage from vaping. Even when vapor is nicotine-free, it may carry other heart health risks. The heating element in e-cigarettes emits tiny particles, sometimes including metals, which can lodge themselves deep into the lungs and get absorbed into the body’s circulatory system.

As of August 27, there were 215 cases of severe respiratory disease in 25 states since late June, the Centers for Disease Control and Prevention (CDC) reported Friday. All patients reported using e-cigarette products. But while officials believe their illness is associated with vaping, they haven’t been able to single out which ingredient or device may be causing the problem.

My issue is with the FDA, not the CDC.

The CDC monitors and tracks diseases and outbreaks; the FDA is charged with the responsibility of “is responsible for protecting the public health by ensuring the safety, efficacy, and security of human and veterinary drugs…”.

They are supposed to have our backs!

Until 2016, e-cigarettes were freely able to enter the market without any premarket approval by the FDA.

At the time electronic cigarettes were first available on the market, Obama-era Health and Human Services Secretary Sylvia Burwell said in a news release, “Today’s announcement is an important step in the fight for a tobacco-free generation – it will help us catch up with changes in the marketplace, put into place rules that protect our kids and give adults information they need to make informed decisions.” I don’t think so, Ms. Burwell!

To their credit, the CDC has been warning about the identified and potential dangers of e-cigarettes and vaping since these devices first appeared around 2007. In May of 2016, the FDA informed the public that its authority would be extended to cover electronic cigarettes and e-liquids, which meant that they were able to develop and enforce regulations on the industry. Essentially, any vaping product or e-cig that was released after February 15, 2007 fell under the exact same lengthy and expensive FDA approval process as regular tobacco cigarettes.

It doesn’t help matters to know that in 2010, the United States Court of Appeals for the D.C. Circuit rules against the Food and Drug Administration that absent therapeutic marketing claims, the FDA cannot ban e-cigarettes as unapproved drug delivery devices. This decision provides the legal framework for the very survival of the e-cigarette and vapor industries.

Seems we’ve been down this road before: The Federal Agency (FDA) charged with protection us as consumers, failed us. We saw what happened with FDA oversight on allowing Tobacco products; Opioids; and now with electronic cigarettes.

I believe that this is the tip of the iceberg or an even larger problem. A new study found that more than a third of drugs failed to complete the approval process This means there are lot of drugs on the market that haven’t been fully approved!

The time has long passed when we can assume that as consumers, we are protected from products entering the market that can cause us harm. We must hold the FDA, and all regulatory bodies to a higher standard of accountability. If not, we pay with our lives and the lives of our children.

Remember, I’m not a doctor. I just sound like one. Take good care of yourself and live the best life possible!

The information included in this column is for educational purposes only. It is not intended nor implied to be a substitute for professional medical advice.

Glenn Ellis, was Research Bioethics Fellow at Harvard Medical School and author of Which Doctor?, and Information is the Best Medicine. Ellis is an active media contributor on Health Equity and Medical Ethics.