Home Viewpoints Editorial What About Those Who Didn’t Get a COVID-19 Vaccine (Yet)? 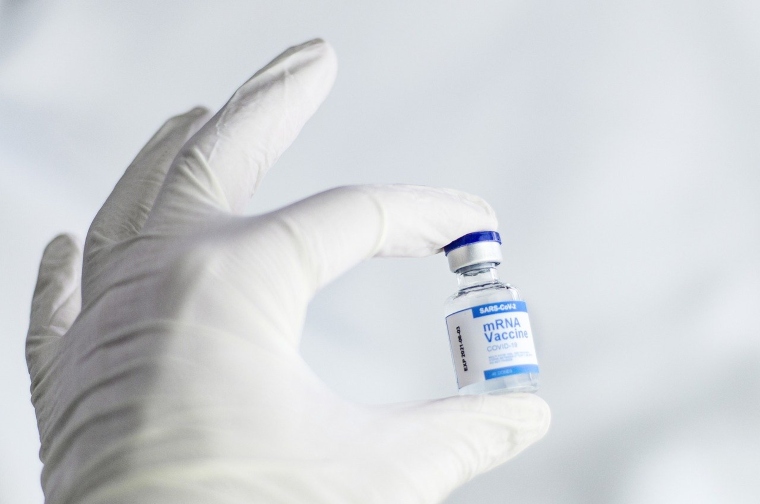 (TriceEdneyWire.com) – The harsh reality of COVID-19 is that everyone is not going to take the vaccine.
Don’t get me wrong, this is not an encouragement for anyone to not get the vaccine. I’m just looking at the reality of what we are facing as we fight our way out of this pandemic.

While we should continue do everything we can to support the total success of the current COVID-19 vaccine campaign, if we don’t fully embrace the sobering truth of the both the vaccine hesitancy and the anti-vaxxers, we playing a dangerous game of Russian roulette.

Always remember, that the strategy for beating this thing centers on something known as herd immunity. I’m sure you’ve heard that word by now. This is when the entire population is protected from the virus because enough of the general population has either been vaccinated or previously infected by the virus and developed natural antibodies. Needless to say, with a virus as deadly as COVID-19, we certainly don’t want to sit and watch enough folks get infected and hope enough of them don’t die to contribute to our herd immunity goal. That means we have to rely on the success of the vaccine campaign.

Now, back to the start of this column. We know (as much as we would rather not admit it) everyone is not going to get a vaccine! A Harvard study of registered voters found that 41 percent of them said that they would not take the vaccine. That’s a long way from herd immunity. We need somewhere around 80% of every man, woman, and child in America getting vaccinated. The startling reality in these numbers is that Pew Research found that of those who don’t currently plan to get a vaccine, the main reasons are concerns about side effects (72 percent); belief the vaccines were developed and tested too quickly (67 percent); and just want to know more about how well they work (61 percent). The figures for frontline healthcare workers who are planning to get the vaccine are as high as 35 percent. All because they are scared; simply don’t have enough information to make an informed decision. Sadly, like many other things in our nation, health literacy has always been a very low priority in the United States healthcare system.

Like I’ve been saying for years, “Information is the best medicine!” I’m not sure any of us knows how much money has been spent on the research, development, manufacturing, and distribution, and administration of these vaccines.
Likewise, no one can count how little has been spent to make sure the almost 350 million people in the United States can actually follow the science?

If we aren’t willing to address this dilemma in the allocation of our resources, and the accompanying priorities in addressing a public health crisis, who are we? Certainly, this is not what the wealthiest country on the planet, with the most expensive healthcare system, with the greatest advancements in research and technology is like, is it? Is this who we are?

Unless my math is off (which is possible), 30% of the people in the United States is a little over 100 million folks who are going to “spoil the herd immunity pie”. As reported in STAT, by Iain MacLeod, “To vaccinate 75% of the U.S. population, approximately 248 million people — that’s nearly 500 million doses — are needed. And it means we need to be vaccinating nearly 2 million people a day so all of them are immune by the fall of 2021. As I write this, we’re vaccinating only about 1 million people a day. At that pace, Reuters estimates it would take until April 2022 for 75 percent of Americans to receive at least their first vaccine dose”.

It’s almost embarrassing that the first concerted, national effort to scratch the surface of public health education, was a dismal $50 million ad campaign. That pales in comparison to the more than $12 billion Operation Warp Speed program allocated to vaccine makers: before the end of the summer! Heaven only knows what the price tag is now. This should encourage all of us, as stakeholders in this pandemic, to be prepared for a significant population-divide to emerge in 2021; those who have gotten the vaccine and those who don’t.

Now comes the big issue: Should the people who choose not to get vaccinated have restrictions imposed on them? Should they bear full responsibility for the role that a basic lack of information played in the decision to not take the vaccine? Will I be able to ride the bus or the subway if I am still deciding on whether to get a vaccine? Most importantly, who decides these things?

The United States is the only country in the developed world whose healthcare system is tied to the free market. That being said, it would be naïve to think that the bottom line in this massive engagement of the entire healthcare system wouldn’t be driven by the economic and political decisions. It plays out in how individual states are able to arbitrarily implement and/or relax restrictions, in response to their respective economic and political pressures.
We have to decide who we want to be, and if everyone matters.

Remember, I’m not a doctor. I just sound like one! Take good care of yourself and live the best life possible! The information included in this column is for educational purposes only. I do not dispense medical advice or prescribe the use of any technique as a replacement form of treatment for physical, mental or medical problems by your doctor either directly or indirectly.

Glenn Ellis, MPH is a Visiting Scholar at The National Bioethics Center at Tuskegee University and a Harvard Medical School Bioethics Fellow. He is author of Which Doctor? and Information is the Best Medicine. Ellis is an active media contributor on Health Equity and Medical Ethics.
For more good health information visit: www.glennellis.com

When it Comes to the Protection of Voting Rights, Moral Apathy is Winning the Fight

The Future of America is People of Color