Home Viewpoints Editorial Where is America? 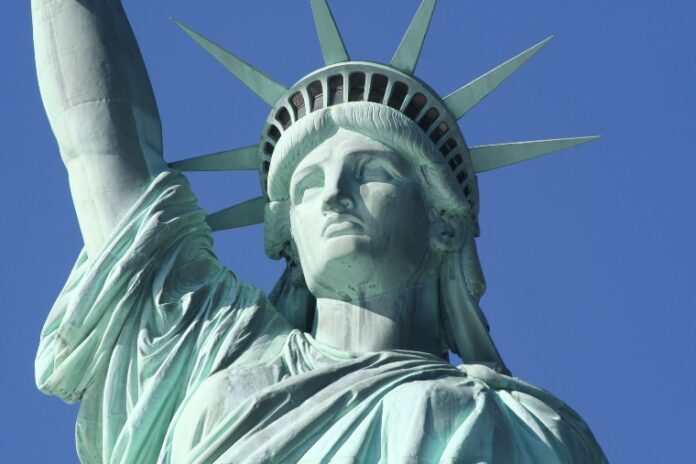 (TriceEdneyWire.com) – While the world is coming out of the pandemic, the Republican party is attempting to turn back the clock on truth, freedom, and justice.

It is attempting to take America back to the good old days that conservatives long for.

Republicans are making a three-fold attack on the heart and soul of America.

First: Republicans are perpetuating the BIG LIE – that the 2020 presidential election was stolen.

Second: The Republican party is attempting to restrict voting rights of black Americans.

Third: The Republicans are institutionalizing the denial of racism in America.

Let us look deeper into these three assaults on truth, freedom, and justice.

First: Certain leaders and their enablers refuse to accept that the 2020 election was fair and free of election fraud. They ignore the findings of the US Supreme Court, the Attorney General, the Election Security Agency, and virtually every other court and state election board in the country.

It is a blow to the heart of America when the validated vote of the American people – the cornerstone of the American democracy – is disputed by baseless, false, unsupported allegations of election fraud.

This assault on the sanctity of the vote of the American people is confirmed by the anticipated ouster from Congressional Republican leadership of Liz Cheney – an otherwise party loyal – for standing up for truth and contradicting the BIG LIE.

Second: The Republican Party is committed to restrict voting rights of Black Americans.

lawmakers in 43 states have proposed at least 250 laws that would restrict voting rights.

Georgia and Florida have already enacted legislation that will restrict voting rights.

This current national assault on voting rights is taken from the racist playbook of voter suppression.

The playbook for voter suppression was an outcome of the only coup that occurred on American soil – “the Coup of 1898 in Wilmington, North Carolina.”

After the legitimately elected government of Wilmington, North Carolina was overthrown in the “Coup of 1898,” white legislators in the state government enacted “Jim Crow” laws that would suppress the rights of black voters.

A direct result of the effectiveness of the voter suppression campaign in North Carolina made it impossible for George Henry White, the last black American in the US Congress after the reconstruction, to be re-elected.

As a result of voter suppression laws enacted after the Coup of 1898, no black people served in Congress for the next 28 years, and none represented any Southern state for the next 72 years.

In 1898, the goal of the state legislators was to prevent the re-occurrence of the 1898 liberal political victory that had been destroyed by the “Coup of 1898.”

The true goal of today’s national assault on voting rights – the “New Jim Crow” – is the same as in 1898. Republicans want to ensure that the victories by the democrats in winning the presidency and control of the US Senate would never be repeated in upcoming elections.

The republican claim that America is not a racist country clearly ignores the history and present reality that most black Americans live every day.

Third: The denial of the existence of systemic racism in America.

According to The Washington Post on April 28, 2021, there are “… GOP efforts across the country to push similar legislation that would ban critical race theory, which examines the way policies and laws perpetuate systemic racism.

The injustice and impact of historical racism will never be resolved if political and religious leaders continue to deny that America has been and continues to be infected by systemic racism.

The denial that American is a racist nation provides a cover for attempting to re-enact a 21st Century version of the Black Codes, Jim Crow, and voter suppression. It also undermines the spiritual solution to the issue of racism set forth in the Bible. Without acknowledging the wrong of slavery and racism, there will be no reason to ask forgiveness, or make atonement.

If these three assaults on our democracy are not addressed, the sins of racism and injustice in the past will be relived in the present and perpetuated in the future.

Abraham Lincoln said, “America will never be destroyed from the outside. If we falter and lose our freedoms, it will be because we destroyed ourselves.”

We have a choice. We can be the “better angels” that Abraham Lincoln described in his First Inaugural Address. We can reaffirm the words set forth by the founding fathers – “that all men are created equal, that they are endowed by their Creator with certain unalienable Rights, that among these are Life, Liberty and the pursuit of Happiness.”

Or we can continue in the darkness of untruths and bitter division.

Where is America? Will it fade into yesterday?

To paraphrase William Shakespeare, the answer is not in our stars, but in ourselves.

Are we brave enough to seek and speak the truth? 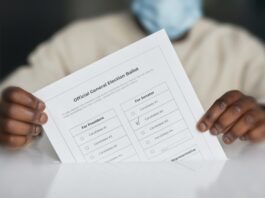 When it Comes to the Protection of Voting Rights, Moral Apathy... 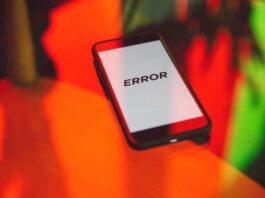 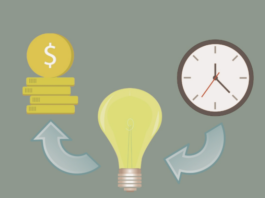