Teams such as the Raptors, Cavs, KNT Hoopers, and Swish, representing various grades, tossed on their team uniforms, and competed in 90 degree weather in order to be crowned champion of Winterfield Venture Academy’s First Annual Slam & Jam. Held on location, 305 Wenz Rd, on Saturday, August 4, the competition also served as an opportunity to get parents, and children ready for the upcoming year, and introduce the community to the school. 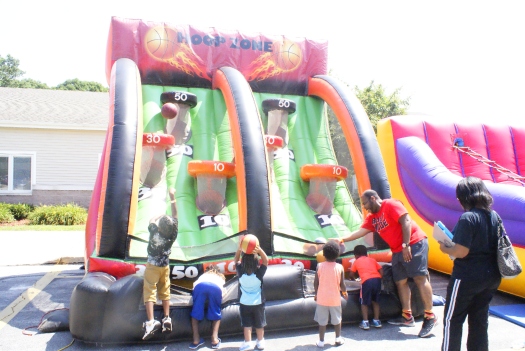 Besides the tournament, plenty of activities filled the parking lot, as well as the halls of the school, for children to engage. Free food, bouncy houses, and face painting, were just some of those activities that kept children busy throughout the day.

Tequoia Dixon, admissions representative, told The Toledo Journal that the school is somewhat, tucked away from the main streets, therefore, by hosting the event, it would attract people, and give them an opportunity to meet the principal, and staff of the school, as well as see the benefits the school has to offer to children.

Nate Preston, principal, spent some of his time making flavored ice cones, and giving them to parents, and their children.

“Here at Winterfield, we’re big on bringing the community together in a safe, and fun environment; this is part of our mission,” he said.

Heading up the basketball tournament was Anthony Singleton of Singleton Skills Academy. He said there were 10 teams competing in the tournament, representing fifth through the eighth grades. Each team would play three games, and the team with the best record wins the tournament for their particular age group, and is awarded a trophy. One of those participating teams was Team Swish, which was composed of four girls, three in the eighth grade, and one in the seventh. Not only did they go undefeated to win the tournament, but they played one extra game against boys in the seventh, and eighth grade, which they won by utilizing unselfish passing, and hard drives to the basket.

Winterfield Venture Academy’s first day of school is on August 14. Ms. Dixon said it’s not too late for children to enroll. She can be reached, anytime, on her work cell phone at 419.356.0665. 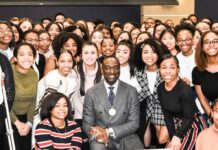 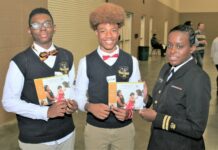