Home Viewpoints Editorial Beyond the Rhetoric 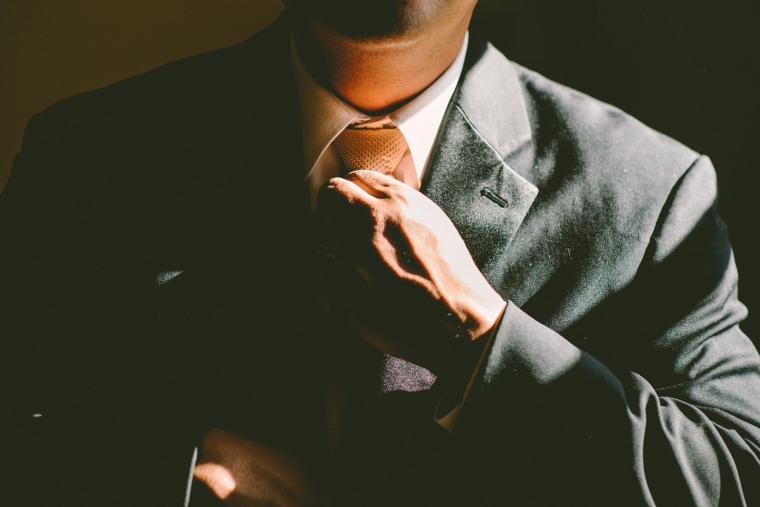 How many of these “Black Owned Companies” are fictitious?  There are quite of few.  In fact, there are many.  Restaurant chains, movie theatres, food companies, construction

firms, engineering firms – the shams go on and on.  When I became Deputy Commissioner for Minority Business Development for the State of Indiana, I quickly found a cottage industry of fake minority businesses.  I started to audit the minority participation reports for the new state office building – SOB.  I was startled to learn that a Thomas Construction, allegedly was performing a $2 million contract.

To perform a contract over $100,000 a firm had to be formally pre-qualified. I pulled the file on this company.  To my shock the pre-qualification file was empty.  Not one sheet of paper in it.  Thus, we went to pay a visit to this Thomas Construction.  It was a small office building with a couple of pick up trucks and a small amount of construction equipment.  We challenged Mr. Thomas about the validity of his work and capabilities.  He was arrogant.  He dismissed us by saying “I am doing a $2 million contract – end of discussion!”

There was just no way I was going to accept this. After thinking about it I came up with a solution.  I contacted the Internal Revenue Service and reported that this company says it is doing over $2 million in work and my guess is that they are not reporting this on its tax forms.  Two weeks later an IRS agent visited my office.  She reported that after Mr. Thomas stopped crying in front of her he admitted to the fraud he was perpetrating.  He even had the scheme in writing. It was a front operation replete with false banking records and duplicate set of books for the real business and the fronting scheme.

This was shocking to me.  The State put the prime contractor on probation for five years.  The FBI stepped in to prosecute Mr. Thomas.  We convinced them to back off as the sham was exposed and if they were not going to prosecute this huge white owned construction company why would they single out this small family owned business.

This made big news!  Television channels and all the local newspapers reported on it.  It was just the beginning.  I would audit minority business reports for each state agency and pull out all the “fronting” that was going on.  It was prevalent!  It would not take long for me to realize that a very high number of alleged minority business activity was just a lie.

It still goes on today.  One of the best indicators is “Celebrity Ownership” or as it is called in business school – “Ownership in Name Only”.  When you see an entertainer or, more often than not a star athlete, perpetrating business ownership, please realize that it maybe fake.  These NBA and NFL sports all stars are faking their business management skills and ownership.  There is a white operative behind the scenes.

They want us to believe that because someone can sing, play football, basketball, etc. they are adept at business management and ownership.  Don’t think that it is that easy.  It is not and most of it is a game they play on us to perk us up into thinking that Black business empowerment is a real thing.

In every city there is a certain amount of Black business fronting going on.  I am sorry to break the news to you.  Take a list of Black businesses such as the Black Enterprise 100 and I can assure you that there are games being played.  They will have you thinking that there are Black owned oil companies, trucking fleets, food manufacturers, movie studios and billionaire entrepreneurs who have no formal education or expertise.  They just have the “touch”.

How many of these Black “film studios”, car dealerships, retail chains, etc. are Black owned?  Not many and it is alarming how they “fake the funk” when it comes to Black entrepreneurship.

I would expose false construction projects reporting by evaluating the actual bonding of a project.  There is no bonding company that is going to falsify bonding coverage on a project.  Simply ask to see the bond certificate and verify the signature.  The signor will be the true owner of the company.  I would bust so many front operations by doing due diligence on that.  You can also check the payroll records that are submitted to the Department of Labor (EEO-1 reports).  They will tell the true story about who is being paid and what race and gender they represent.

Another way is to check online with the applicable Secretary of State about the incorporation documents of a company.  It is there that the real ownership will be divulged.  Sadly, I must declare that a sizeable portion of any city, state or federal minority business reports are inflated with false numbers.  From New York to Los Angeles and all points in between, there is a bunch of fronting going on instead of real deal inclusion.  When will the games stop?  That actor, hall of famer, singer or whatever type of celebrity who claims to be a big-time entrepreneur – they bear watching!