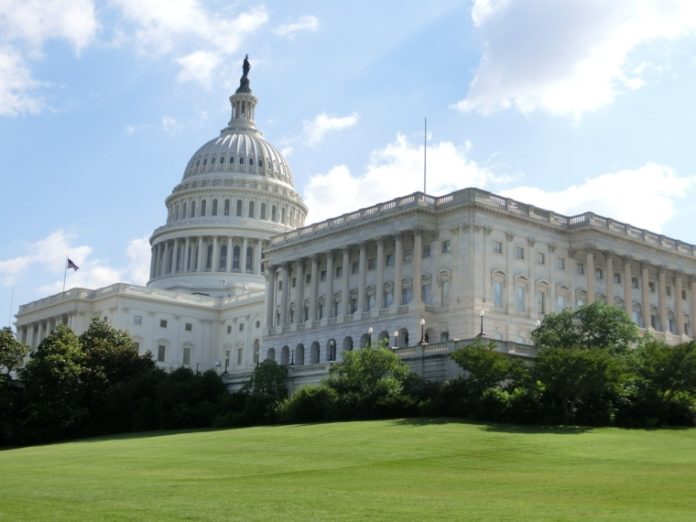 CLEVELAND, Ohio – The only women to speak on the Senate floor today when the Republican dominated Ohio Senate passed a bill that makes it illegal to perform an abortion in Ohio once a fetal heartbeat is detected were Black women lawmakers.

The bill now heads to the House of Representatives, which had passed a more stringent bill that bans abortion as early as six weeks, for a vote on whether to pass the bill with amendments imposed by the senate.

“Thank you Ohio Senators Charleta B. Tavares, Sandra Williams, and Edna Brown for being the only women out of six in the Ohio Senate to rise up and advocate on behalf of all women throughout the state of Ohio,” said Rhiannon Childs in acknowledging Tavares, a Columbus Democrat, Williams, a Cleveland Democrat, and Brown, a Toledo Democrat and Minority Whip.

The digital communications manager for Planned Parenthood Advocates of Ohio and also the executive director of Women’s March Ohio, Childs, who was among statehouse protesters against the six-week ban, said that “what gave me hope today was hearing from three powerful Black women speaking out against the six-week abortion ban.”

The trio of Black female lawmakers, Tavares, Williams and Brown, said they oppose any type of abortion ban and  were adamant that the six week abortion ban in the House bill that the Senate amended and passed on Wednesday be discarded from any bill.

“The goal of this legislation is to make Ohio one of the most conservative states in the country by passing the most restrictive anti-choice bill that doesn’t even have the full support of the sponsor’s party,” said Williams, a former state representative serving her first term as an Ohio senator.

Abortion advocates such as NARAL Pro Choice and Planned Parenthood have picketed at the statehouse as late as this week.

As a whole, Senate Democrats, who are in the minority in both the Senate, where Republicans hold a super majority, and the House, oppose a ban on abortion, period.

Not all of the Republicans were on board either, the updated bill passing the Senate 18-13.

The likelihood of the bill becoming law before the end of the year and before lame duck Gov John Kasich, who vetoed the heartbeat bill in 2016 and promises to do so again, leaves office in January, are slim to none, though his successor, Ohio Attorney General and governor-elect Mike DeWine, also a Republican, says he would sign such type of bill into law if and when it comes before him.

House Bill 258, the bill the Republican controlled House of Representatives previously passed for which the Senate amendment applies, makes it illegal to perform abortions after six weeks weeks, and the Senate bill, or the revised version, increases the time frame from six to 12 weeks  for a woman to end a pregnancy without breaking state law.

The distinction, said Senate Republicans who orchestrated the amended bill, is an assessment based on trans vaginal ultrasounds that can detect a fetal heartbeat as early as six weeks and the use pf other methods of heartbeat detection permitted with the amended bill, such as imaging technology, at around 12 weeks of the pregnancy.

Another abortion bill, one that bans dilation and evacuation abortions, commonly know as D &E abortions, is also unlikely to become law this year.

Whether  an Ohio law banning abortion will pass constitutional muster remains to be seen, and is unlikely for now.

Share
Facebook
Twitter
Pinterest
WhatsApp
Previous articleFranklin Park spreads holiday cheer, gives coats, groceries and more
Next articlePolice officers at the 16th Street Baptist Church, headquarters of the Birmingham Campaign in Birmingham, Ala., in 1963. The church was bombed by white supremacists in September of that year, killing four girls.