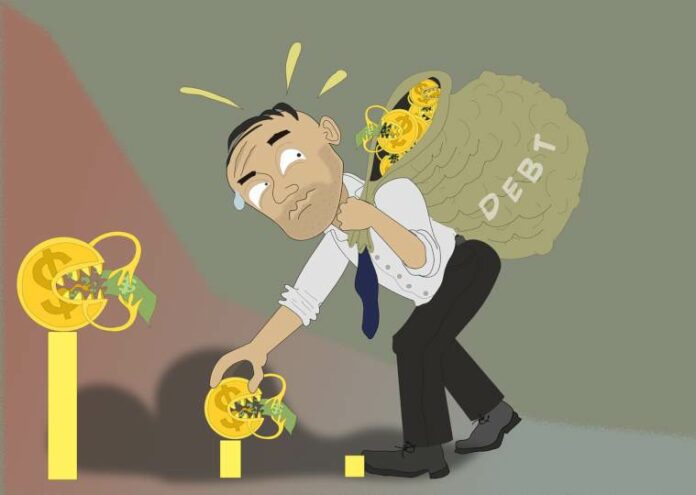 Every year the payday lending industry convenes in an effort to further expand and preserve the combined $8 billion-dollars in fees generated each year by consumers caught in that and car-title loans. This year, 2019, also marks the second consecutive year, that the organization representing sellers of these debt-trap loans, the Community Financial Services Association of America (CFSA), has held its event at the Trump National Doral resort in Miami.

Pardon me; but it appears that the payday lending industry is proud about its closeness to the White House. After all, once the Trump Administration began, its pledge to end consumer protections has been relentlessly and broadly pursued.

From Mick Mulvaney, CFPB’s former Acting Director who was a beneficiary of the industry’s campaign donations as a Member of Congress, to Kathleen Kraninger, its new Director, who is determined to block a rule that was set to go into effect this August, the payday lending agency has multiple reasons to be pleased.

But I suspect just as much resentment about these developments are felt by the broad-based coalition of concern that for more than 10 years has fought against these lenders. These are the people who contrast greedy glee with the distress of borrowers caught in loans that average $361 and come with interest rates as high as 600 percent or more.

It’s enough to call a ‘Come to Jesus’ meeting.

And on March 18, that is exactly what faith groups representing 118 million Americans did. As payday lenders registered for the first day of their conference, clergy and other activists came to proclaim the harms of predatory lending, and to pray for the souls of those who appear content with robbing the poor.

“Payday and car-title loans are an abomination in plain sight,” said New Orleans’ Rev. Dr. Willie Gable, the National Baptist Convention USA, Inc.’s Housing and Economic Development Chair. “These lenders weave themselves into the fabric of our neighborhoods and purport to lend a helping hand. But they are wolves in sheep’s clothing.”

“Seeing this exploitative industry show up at the lavish resort of the current occupant of the White House and spending money they have collected from the millions struggling to break free from their traps is an obscenity,” declared Dallas’ Rev. Dr. Frederick D. Haynes, III, Senior Pastor of Friendship -West Baptist Church.

“Instead of taking from the rich and giving to the poor, payday lenders take from the poor to become richer,” added Bishop Frank M. Reid, III, Presiding Prelate of the Third Episcopal District and Chair of the Social Action Commission and Ecumenical Officer of the African Methodist Episcopal (AME) Church in Columbus, OH.

Beyond these three pastors, other clergy and social activists joining them hailed from Colorado, Florida, Georgia, Missouri, North Carolina and Virginia. Together, their prayers and petitions called for the rule now suspended to take effect as planned. Further, they seek a 36 percent interest rate cap at the federal levels and in states that have no rate cap protection. Currently, 16 states and the District of Columbia have enacted state rate cap protections. Additionally, the Military Lending Act extends protections to active-duty military.

The faithful protesters also carried signs that quoted scripture such as Proverbs 22:22, “Do not rob the poor because they are poor”, and Jeremiah 22:3 that teaches, “Do justice and righteousness, and deliver the one who has been robbed from the power of the oppressor.”

As Florida’s faith protest got underway, another form of outrage occurred in Washington. A group of 130 organizations representing 31 states and national organizations including Unidos, formerly the National Council of LaRaza; Military Family Association, Color of Change, and the National Fair Housing Alliance, wrote Director Kraninger about the payday rule as well.

Noting that “Much more is at stake than industry revenue,” the coalition wrote, they also reminded Kraninger of CFPB’s own research that earlier found that 85 percent of payday loans are reborrowed, and further that 75 percent of all loan fees are due to borrowers being stuck in more than 10 loans a year.

“The Bureau should not prioritize industry profits at the expense of the consumers it was created to protect,” states the letter.

That same sentiment was shared by Rev. Dr. Russell Meyer, Executive Director of the Tampa-based Florida Council of Churches. “Because their greed knows no shame, we must insist regulation is compassionate,” said Rev. Meyer.

Charlene Crowell is the Center for Responsible Lending’s Communications Deputy Director. She can be reached at Charlene.crowell@responsiblelending.org.

Our Diversity is Truly America’s Strength and the Hateful Reaction to...

5G and the Bipartisan Infrastructure Law Could Help End the Digital...