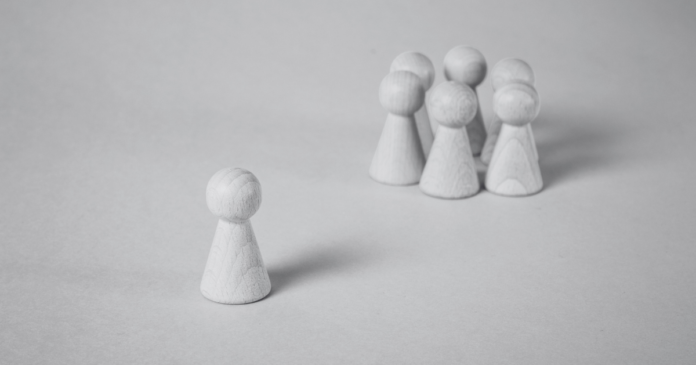 There are many stories about Black American seniors living in Toledo today, who migrated here, from the racist ‘Jim Crow’ Southern States of America. Robert Goree Jr.,75 years young, is an exception, he was born in Toledo, at the former Flower Hospital on Collingwood Blvd. Like numerous other Black families they lived in public housing, until his parents moved to a house on Belmont near Hoag Ave.

He attended Gunkel Elementary School, which had a majority Black student body, but later was transferred to Pickett Elementary, which was primarily of White and Polish ancestry.

Robert said “The Black and White students used separate entrances to come in and out of the school. This sounds and looks a bit racist, but it had more to do with where your family housing was located in-terms of the school building, than just racism. It so happened the Black kids lived on the north side of the building while many White kids lived on the south side.” They entered the building using the closest door from their neighborhood.

Racism was prevalent in Toledo, at this time, however it took on a different tone. In the North the racist practices were quiet and mostly unspoken, as opposed to the South where racist actions and laws was out front and blatant. In the North there were real or lines drawn in the imaginary sand, that in most cases, Black people in general, dared not cross.

An occurrence of the quiet racism of the times was the trolley cars. A trolley car went up and down Indiana Ave. to downtown Toledo and back, but Mr. Goree notice that his parents and other black people did not ride in them, instead they walked. This was something he did not question at the time; he just followed his parents’ example and walked downtown with them. As a child it was his first encounter with the invisible racism of the North, was there an unspoken reason why the black people didn’t ride the trolley, but walked downtown? He recalls later, when the city switched to buses for public transportation, Black people rode in them.

While attending Pickett school, he would have his own personal encounter with the invisible racism. One day after being disobedient in class, he was sent to the principal’s office. The principal asked him what did he plan to do with his life? He answered her with a smart mouth saying, “I’m going to be the first Black President,” Well that was the wrong answer. The principal called his parents. His father came to the school gave him a paddling of a lifetime, then took him home. Later his father explained to him why he should not have been a smart alec with her, and that is why he spanked him. This of course, was before the historical President Barack Obama election. I doubt if anyone ever thought there would someday be, a Black President of the United States.

Overall, in school, Mr. Goree did not find his classmates to be prejudice in general. “They did not mind playing with us in secret, but openly in public, around their parents, it was a different story,“ their parents had a different attitude about, that sorta thing.” he said.

“We basically lived in a Polish neighborhood, and they owned the businesses all around us,” said Mr. Goree. “My parents would tell us which stores to patronize, and which ones to leave alone. The reasoning for this instruction was that some of the store owners did not want us in their stores, because of our skin color, Black.

On the other hand, a few store owners treated us with respect, like Mr. Siegel, who owned Siegel’s Pharmacy. I had terrible asthma attacks when I was growing up, and he was the only one who knew what to do. He would come to our house and give me medical treatments,” said Mr. Goree. “He and his family were the exceptions to the rule, plenty of other people (White) did not want us around.

Our family resided on Belmont near Hoag St., and as children, our parents restricted us, for our own safety, as to where we could travel and play. We were not allowed west across the railroad tracks or south across Nebraska Ave. The only safe place we were allowed to traverse was east towards downtown.” To the west there was a real nice swimming pool located at Scott Park. However, the unspoken accepted racial practice was, Black children were not welcomed there. So we went east, to the City Park, Black swimming pool. A separate, but equal, swimming doctrine.

It was viewed on the PBS television documentary series called, ‘Toledo Stories’, that the two dominant Polish communities in the city, did not have a good relationship with each other, one out Stickney, the other in the Junction/ Nebraska Ave. area. If they couldn’t get along with each other, and they were both White and Polish, you can only imagine what happened as Black Americans began moving into their central city neighborhoods. Common sense tells you, we were not welcomed.

“As Blacks moved in, Whites moved out,” said Mr. Goree. As for Mr. Goree, he lived through all the racial dogma that he endured during his youth, he sorta came out unscathed physically, emotionally, and psychologically.

Robert grew into a courteous teenager, stayed out of trouble with the police, attended his school classes, studied diligently, and successfully graduated from Libbey High School in 1964. After graduation, he and his younger brother, William were both drafted into the Army during the Vietnam War. While his brother was sent to fight in Vietnam, he was stationed in Europe, where he worked as a office clerk on a army base. This job experience working in a office setting, would later benefit him in getting hired in a job, outside of the army.

Both he and his brother successfully finished their tours of duty and came back home safely to Toledo. Once back in Toledo, it seemed God had already prepared a way for him. Mr. Goree without really trying unwittingly got a good and respectable job, at what was then called the Chevrolet plant, today it is called Powertrain. His previous work experience in the armed services proved to be beneficial in his employment opportunity. He was employed at that auto factory for thirty years, doing similar duties he trained to do in the armed service.

While employed at Powertrain, earning good money, he got married, and he and his wife Letha, became the parents of two children. They also became long-standing devoted members of Indiana Missionary Baptist Church, where Robert presently is a Trustee.

When Robert was growing up on Belmont St., back then, he was surrounded by invisible racism. His mild-mannered, non-confrontational personality, along with the Lord in his heart, most likely played in his favor, as he survived all that disdain for his race, untarnished and unashamed.

As a senior citizen today, Mr. Goree feels the country is in a worst place compared to the past, “He said, “Today there is a lot of injustice going on and racism is more prevalent now as ever. Things that use to be hidden, are now done right out in the open. I look around and think to myself, “You know we really should be past all that stuff by now. Today we must look at the world from a global point of view, because things that are happening today will affect our children and grandchildren tomorrow. As a senior, you wonder how it will be in the future, because things are moving so fast”.

In the meantime, we are missing out on things that should be important to all of us, like family. I miss the village aspect of life, and I wish it would come back,” said Mr. Goree.

He and his wife Letha, grew up under two separate, but equal racist environments, she in the segregated south and him up in the north. She recalls separate water fountains for Blacks and Whites, and he remembers having to walk by moving trolley cars heading towards downtown. Both were racist acts practiced daily in American life, but in different hurtful ways.

Despite their different upbringing, they share the same concerns about today’s youth. Mrs. Goree said. “Today, Black children are blessed because they didn’t have to go through what we went through. However, if they had gone through what we went through, maybe they would appreciate life more. I think we as adults need to listen more, utilize more discipline, and teach them to have respect for themselves and others. When they took prayer out of school, that was a mistake, “ she said. “Sigmund Freud spoke of a lost generation, and I think today that’s what we are dealing with, a lost generation,” said Mr. Goree.

“Our children need to learn how to love themselves. You can only have respect for others if you have love and respect for yourself first!