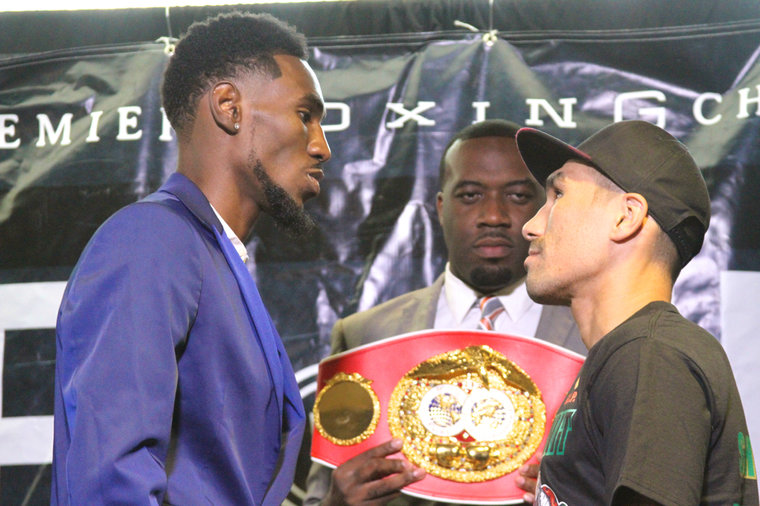 Robert “E-Bunny” Easter Jr. IBF Lightweight Champ said, “It was a beautiful thing to have had the love and support the first time around, and to be able to do it a second time around; it’s definitely a blessing.”

He understood that is was going to be a tough fight against his opponent Denis Shafikov, which he had predicted, and now he looks forward to getting a date for his next fight in July or early August.

His first fight, in his home town, Easter defended, and retained the title via a unanimous decision back in February of 2017 against Luis Cruz. Mr. Easter.

Other local fighters on the card that evening were, Wesley Tucker VS Martin Halili and Alycia Baumgardner VS Lashonda Tabron, as well as local /tri-state ladies that, made their first appearance, as the undercard ring girls, employed under the umbrella of the About Billions Promotion Company.

Alycia Baumgardner a Super Featherweight, from Fremont, Ohio, came to fight her third professional fight. She previously had two KO’s and when asked what brings her to the arena for the night she responded, “I am here to help put women’s boxing on the map, it is fortunate opportunity to fight on the same card as the IBF World Champ Robert Easter Jr..” As Ms. Baumgardner predicted, she did get a K.O. but she didn’t even expect it to be 57 seconds into the match.

Toledoan, Welterweight, Wesley Tucker, came in the building with a 14- 0 record with 8 of them being KO’s. He said that he trained hard for the fight. “It feels good to be fighting at home with family and friends present and to be on the undercard,” he said. Unfortunately, Mr. Tucker was unable to meet his prediction to win for the evening and he lost his first professional match bringing him to 14-1.