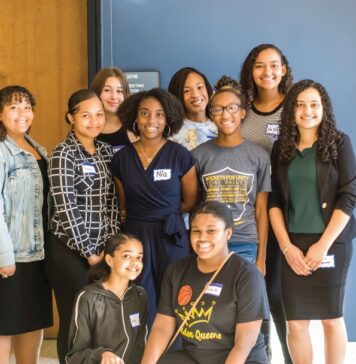 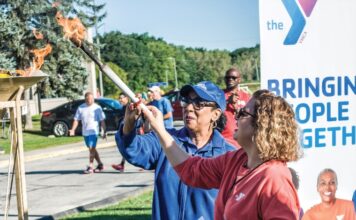 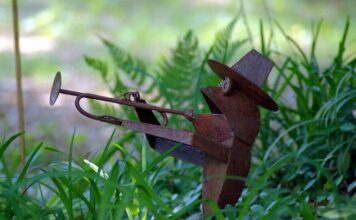 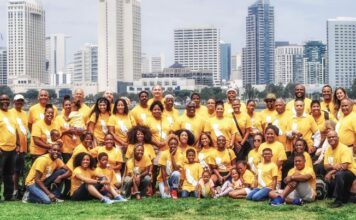 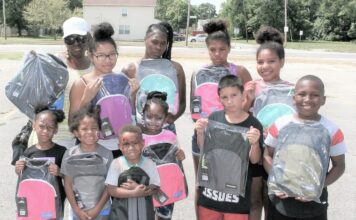 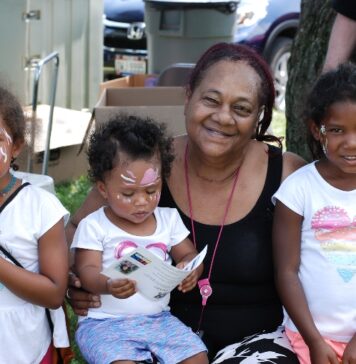 For 18 weeks, 27 young women participated in various workshops that would prepare them for womanhood, such as etiquette, college preparedness, fitness, and ballroom dancing.

They would attend an Etiquette and Health Luncheon, a Mother/Daughter Luncheon, and participate in a talent show the week leading into the Debutante Cotillion.

There were a few back stories that occurred during those 18 weeks, as well as at the Fifty-third Annual Debutante Cotillion, held on Saturday May 26, in the Great Hall of the Stranahan Theater, 4645 Heatherdowns Blvd.  Sponsored by The Toledo branch of the National Association of Negro Business and Professional Women’s Clubs, Inc., a few of those stories had never occurred in the 53 years of the event. 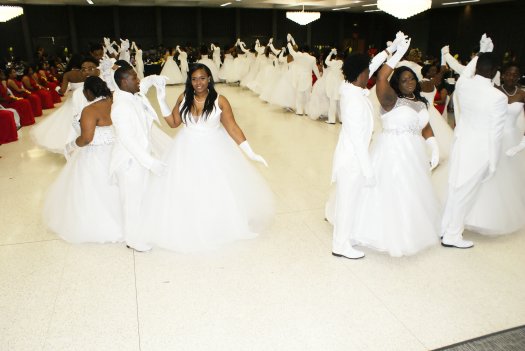 Those back stories included four sets of twins participating in the event, 13 year old William Palmer Jr., escorted his sister Essence, and won the first ever, Junior Mr. Escort, and all of the debutantes had scholarships totaling seven million dollars.

But the highlight of the night was the crowning of Miss Debutante, Courtney Draper, who earned over $150,000 worth of scholarships.

When each of the contestants’ bios was read aloud, Ms. Draper, a recent graduate of Toledo School for the Arts, bio was extensive, as well as impressive. Besides being on the honor roll, since kindergarten, belonged to several organizations including National Honor Society, and the Toledo Excel Scholarship Program.

In addition to winning Miss. Debutante, Ms. Draper also won first place in the Outstanding Talent competition by performing a contemporary dance. Ultimately, she said, “I want to be a professional dancer.” 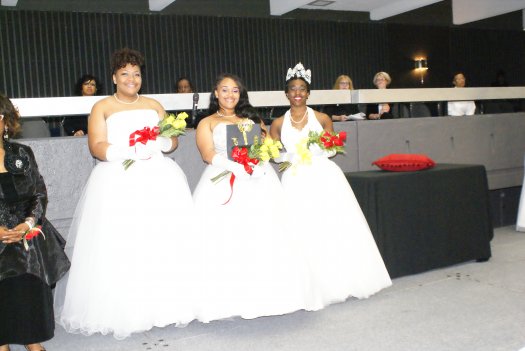 Outstanding talent winners were, Courtney Draper, Keyara Edwards, who did an original spoken word piece, and Krista Parker, who performed a science experiment.

Ramona Stephenson won Miss Congeniality, and was awarded with a watch from Henry Triplett, owner of Henry’s Jewelry. 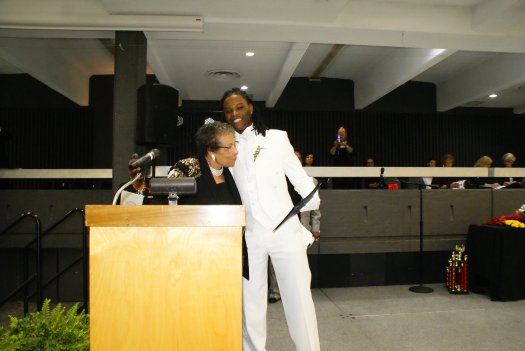 Although at first glance, the 35th annual Junior High Afro-Ball may seem like it’s just a dance, but according to organizers, it’s much deeper than a dance; it’s a graduation into maturity.

Over 950 students throughout the Toledo Metropolitan Area, and representing Toledo Public Schools, Charter, and Parochial, attended the annual event held at the Seagate Convention Center in downtown Toledo, on Saturday, May 19. Themed, “The future belongs to those who prepare,” the ball was just the icing on the cake, with preparations beginning months in advance. 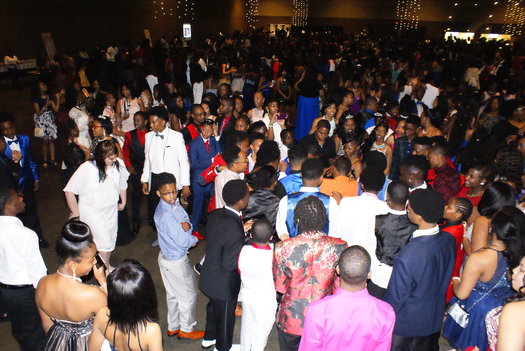 Weeks leading up to the ball, letters were sent out to area high schools asking the principals to nominate two students, who would represent their school, at the 2018 Afro-Ball. A total of 40 kids, from 20 different schools were then invited, along with their parents, to attend a banquet at Scott High School, days before the event. Students were celebrated for their character, and accomplishments. Both students, and parents were reminded that Grace Community Center, and their partners, wanted to work with the students the coming year, as well as throughout high school, in order to better prepare them for college, or being career ready. Then, while at the ball, those 40 students had a special VIP section reserved for them.

Elaine Page, executive director of the Grace Community Center, which organizes the event, told The Toledo Journal, “Besides being a celebration of diversity, which we have diverse groups of students, in attendance, it’s also about togetherness,” she said.

Ms. Page added by saying that the more important part about the Afro-Ball comes when Grace Community Center, as well as their partners, pairing up with the schools, the principals, the teachers, students, and parents, to help them be better prepared for the future.

“Tonight is rites of passage,” she said. “The students are here, without their parents, and they have to make the right decisions, while here, without them. The correct decision making process will help them later on throughout school, and life,” Ms. Page said.

Bryce Harbaugh, chairman of Grace Community Center’s Board said, “If we can get students to think it’s cool to be responsible, and mature, then we would’ve helped make a better person.”

A King’s first Queen hosted by MLK Academy for Boys

Heading into the week of the Third Annual Mother/Son Dance, with the theme, ”A King’s first Queen,” which was held on Friday, May 11, at Martin Luther King Academy for Boys, 1300 Forest Avenue, the halls, and classrooms were filled with chatter about the upcoming dance. Overly excited boys constantly talked about what they and their mothers were going to wear, according to Sheila Cook, planner of the event, and community family resource coordinator, at the school.

As the mothers were escorted in by their kings, both walked down a red carpet leading into the gymnasium, where the event was being held. And similar to red carpet events in Hollywood, both had the opportunity to pose for the paparazzi’s pictures.

The king, and his first queen, would do line and slow dances, as well as the always popular party favorite Soul Train line, before finally sitting down to a catered dinner by J’Maes Home Cooking.

Lanette Peacock was with her son William. She also has two girls, and doesn’t get to spend as much time as she would like with William.

“This is so awesome,” she said. I really love attending this event with him. All week, he was so excited about it, and kept constantly reminding me about the dance. As long as he’s attending, we will be coming,” Ms. Peacock said.

LaTasha Poole was with her son Marvell Curtis. She said he started talking about the dance a month ago, and didn’t stop reminding her about the event.

“I love it,” she said. “We come every year, and it gets better and better,” Ms. Poole said.

Willie Ward, principal, said, “The moms are always there for their sons to help with their education, and just to love them; so tonight is for both the moms and their sons. Here, at Martin Luther King Academy for Boys, one of our objectives is to teach the boys how to treat, and respect a woman,” he said.

The scholarships were awarded based on grades, and community, and school involvement, and valued at $500.00 each. The recipients were Tayviauna Holmes, Shamar Williams, and JaRoya Ecter.

Sheila Daniels-Bell is co-chair of the committee and a 1978 graduate. She told The Toledo Journal they just wanted to give back to the students of Woodward.

“Having scholarships for college is so important,” she said. “The money can go to books, living expenses, or whatever, but the money will make a difference,” Mrs. Daniels-Bell said.

Jeanne Cranon-Fuqua is the owner of C.H. Barnett Construction, as well as serving as the co-chair for the Woodward High School All-Class Committee. She is a 1977 graduate of Woodward High School. Her mom, aunt, and cousins attended Woodward. Two of the three scholarships are being sponsored by her construction company, that’s named after her grandfather.

“It’s an honor to be sponsoring the scholarships in my grandfather’s name. Although he didn’t attend Woodward, he grew up in the area and sent my mom and aunt to the school,” she explained.

“I didn’t know I was getting this scholarship,” Shamar said. “I’m shocked, and grateful.” He will be attending the University of Toledo majoring in music.

Tayviauna said she was happy, and thankful to receive money to go to her college education. She will be majoring in social work at the University of Toledo.

“I’m just really excited,” said JaRoya. She, too, will be attending the University of Toledo majoring in engineering. 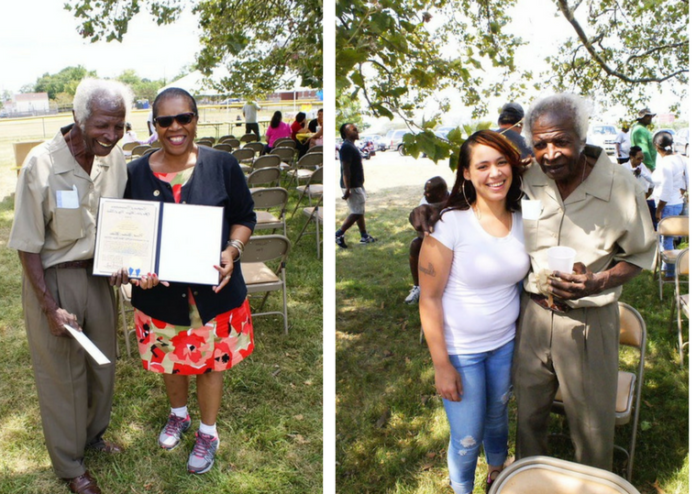 During his 31-year tenure as the head coach of the Police Athletic League, PAL, Padres baseball team, Herb Mickler won 15 championships, including the 2017 championship in which his team went undefeated.

But on Saturday, August 5 at Gunckel Park, located on Division and Belmont, a retirement party was held for Coach Mickler; officially ending his 31-year career.

Not only were family members and former players in attendance, but Toledo city leaders including Mayor Paula Hicks-Hudson, and Councilman Larry Sykes. 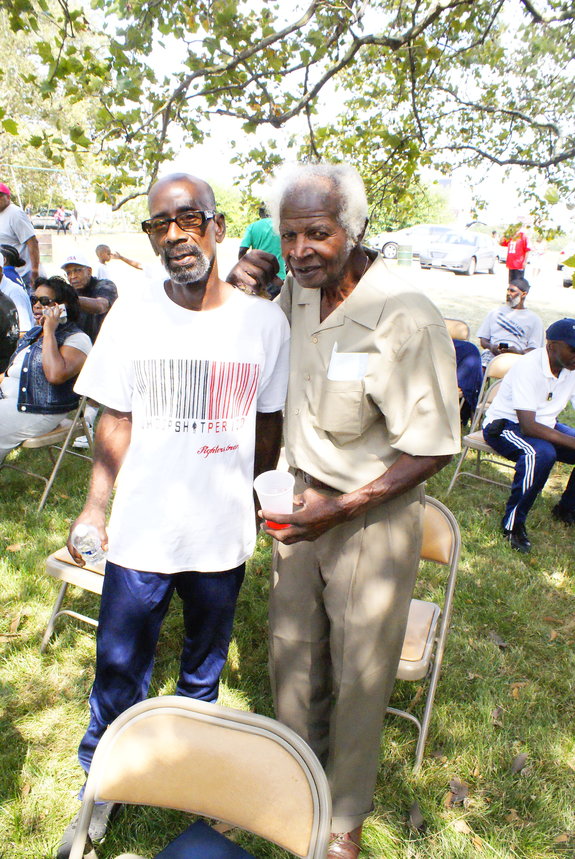 Valerie Hughley, Coach Mickler’s daughter, organized the event. “I’m giving my dad this party because he was not only a great man to me, and my two siblings, but to so many other kids in the city,” she told The Toledo Journal.

“I know this retirement is not the end,” said Tami Mickler, daughter. She said, when her father completes one job, he goes on to another.

Brett Revels has been Coach Mickler’s assistant for the past four years and will be taking over as head coach.

“I have big shoes to fill,” he said. But during the past four years, Coach Revels said he learned a lot from his mentor that will make the job go smoother.

“Coach Mickler taught me to have patience with the kids. Some of them come from totally different backgrounds then others, which requires more patients, was just one of the valuable lessons I learned from him,” Coach Revels said.

“This is overwhelming,” Coach Mickler said about the large turnout of people in attendance at his retirement party. “It makes me feel good seeing so many people here,” he said.

Coach Mickler laughed and said, “I’m not going to totally stop helping kids. I’m going to still work with them and try to help them do well in life. There are too many kids out here that need help.”