On February 23, Bishop Daniel E. Thomas of the Catholic Diocese of Toledo celebrated a mass for promoting harmony, as our nation celebrates Black History Month. The highlight of the event, which took place at Our Lady, Queen of the Most Holy Rosary Cathedral on Collingwood Blvd., was the presentation of the Catholic Diocese of Toledo Black Ministry’s Drum Major Award to four outstanding citizens.

Inspiration for this award came from the work Dr. Martin Luther King Jr.’ did in his lifetime to promote harmony and justice in the world. The name of the award itself comes from a speech Dr. King’s made where he said, ‘I am a drum major for the peace and justice’. The criterias for receiving this award are also based on the values of Dr. King life and this speech.

Dr. Cook is best known for her work as an educator, a graduate of Scott High School and The University of Toledo where she received her Undergraduate, Masters and Doctoral degrees. She has impacted the lives of thousands of students through the Toledo Excel Program at the University of Toledo. This scholarship program is her crowning achievement.

Upon receiving her award Dr. Cook said, ‘This is the second Drum Major Award I received this year and I am proud to have received these awards. Dr. King was the drum major and the person of our time, and he still is today. It’s an honor to receive an award in his name.”

She added, “The work that I’ve done is about justice and peace and for that I’m very proud. They say he kept up trouble and they say I keep up trouble, and on that accord, we have something on common. To the young people of today I say be prepared for that which is coming ahead. The road is not easy, but the road is worthwhile, let God order your footsteps and you will make it.”

Also honored was Vivian Johnson is a lay leader at St. Martin de Porres Catholic Church here in Toledo. She has served with dedication and grace for many years as chairperson of St. Martin’s Evangelization Ministry. Other ministries that she participates in are Liturgy and Consolation as well as being a Eucharistic Minister and Lector. Her prayer ministry for those who are imprisoned touch all who have been impacted by a loved one’s imprisonment.

She leads by example and is a role model to many. Her service to the church and her impact on the younger generation is immeasurable.

Davion Williams, a well-rounded honor student, has impacted his St. John’s High School community through his leadership in the school’s Social Justice Alliance, where he helps raise awareness on subjects such as housing inequality and gentrification. His activism for social causes includes his participation in the 2018 Washington D. C, “March for Our Lives” His service for credit hours include serving food to those in need, volunteering in a nursing home and participating in an Appalachian Immersion project in West Virginia where helped to run a camp for youth. He is also a talented
composer of hop music.

Malachi Wayne Wyse is known for seeing the good in people and brings the best out in others. He prioritizes relationships, scholastic achievements and downplays his prowess in athletics. His character and personality marked him early as a youth with potential for leadership; leading to his selection to attend Salesian Leadership Camp. He is described humble, but his vibrant personality is brought to bear on everything he touches, including mock trial participation, performing in student musical productions, the Afro Club, Asian Culture Club and campus ministry. He fulfills his service credit responsibilities and for two years has served as a camp counselor for
incoming St. Francis de Sales High School students, where he is also the senior class president.

The Drum Major Awards are given out every year, if you know someone who you think is worthy of such an honor, call Ellen Jones at the Catholic Diocese of Toledo for further instructions on the nomination process. 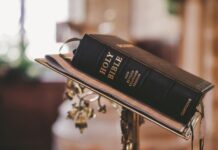