Home Viewpoints The Tom-Toms Are Beating…! 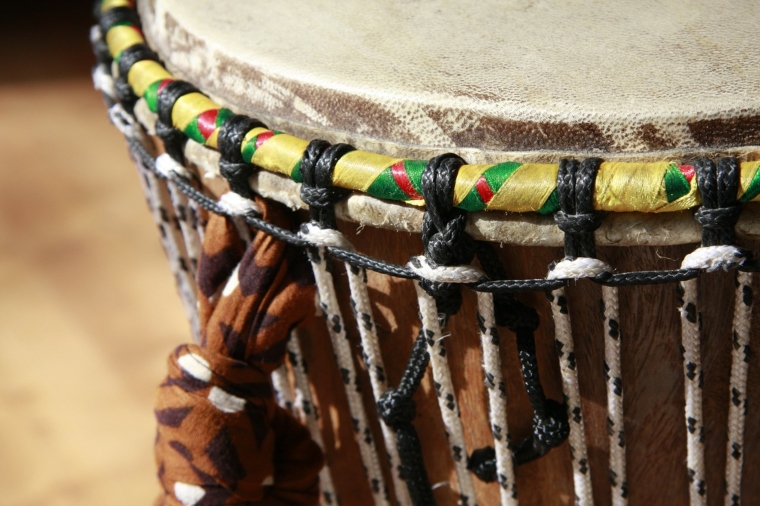 Remember the television serials of your youth when Hollywood perpetuated the stereotype of the African native being childlike and primitive in how they conducted themselves?

I personally remember the racialized Tarzan movies and Ramar, King of the Jungle, which always portrayed the white “B’wana (boss man)” as being in control of the terrified natives replete with the obligatory bucking eyes.

Well, one thing was true of those movies and that was when the citizens of that colonized land became agitated with the shenanigans of the colonizers, they would gather together (before the advent of the cell phone and the Western Union telegram), and use the magic of the Tom-Tom Drum.

There was always the heroic scene of the B’wana thrashing through dense African foliage with machete in hand, chopping his way to new vistas of domination, riches and conquest.

And, docilely following him with B’wana’s goods balanced on their heads, the natives, always portrayed as scared out of their wits, would cautiously follow Bwana, not knowing their ultimate fate or resting place for the night.

But then….then came the far away sound of the Tom-Tom Drums electrifying the air with its message of: “B’wana is on the move, move quickly to intercept and destroy!”

Of course, B’wana, not knowing the local customs of his porters or the manner and means by which they communicated with other tribes in the distance, would stand still and listen to the Tom-Toms; and would then signal to his chief native steward as to the meaning of the pounding sounds of the Tom-Toms.

By this time, abject fear had gripped the traveling party of native porters and they huddled together seeking comfort from each other as their spokesperson tried to inform B’wana, that he was about to be the proud recipient of a thorough butt kicking by his antagonists.

B’wana, being a proud man who both feared nothing and believed nothing, down played the beating of the Tom-Tom Drums and drove his native porters onward as if nothing was amiss.

But B’wana was wrong. His misread the ominous message of the Tom-Tom Drums and outright rejected the dire warning that his chief native porter was telling him about the future dangers awaiting his traveling party.

Before long, B’wana and his party was ambushed, his native porters fleeing for their very lives and B’wana was soon in the proverbial cooking pot as a direct result of his arrogance and ignorance of all things African.

Flash forward to the recent results of the mid term elections. B’wana, as ably played by the con man, Donald Trump, and the Tom-Tom drummers as admirably played by the Democratic voters have engaged and the results do not benefit B’wana.

B’wana, with resolute determination, has been sowing seeds of discord, racism, division and chaos with no regard as to where those seeds landed and took root.

No, B’wana, being a con man of the first degree, believed his own delusions  and disregarded the warnings of the natives and plowed on with incredible lies upon incredible lies, thinking that B’wana was invincible and his Mojo call of, “Make America Great Again!: could ward off any “Juju” that threatened him.

When B’wana heard the distant siren calls of the beating Tom-Toms, he fixed his flinty gaze on imaginary enemies and maligned those persons he believed were trying to harm him, be it the media, a caravan of thousands of brown people seeking asylum but who were labeled as invaders with smallpox even though they were thousands of miles away from the southern border.

They were characterized as careening towards the US with hidden Middle Eastern terrorists in their midst!

Still the sound of the Tom-Tom drums told him that such was not the case and the angry natives of slighted white women, maligned minorities and insulted independent voters were converging on B’wana with rage at the dreadful shenanigans of B’wana and how he was treating the natives.

B’wana, being a person of low IQ and not being used to being told what to do, sneered at the polls telling him he was in for a comeuppance, plowed on with  impunity;  being led on by the cheers of his feckless army of GOP sycophants and Fox Media talking heads.

Louder and louder the beating of the drums told a story of pending reversals for B’wana and his coterie of political hacks but, alas, B’wana, not one able to comprehend danger other than in his own alternative reality, refused to regroup and amend his racist and arrogant ways.

The aggrieved native population moved on B’wana like a lecherous pimp on a confused runaway teenager sleeping in a deserted bus station.

The rest is now political history. B’wana got his hinny kicked, his traveling companions are routed and running for their lives and the incoming Sheriff, the new Democratic majority in the House, is taking charge and they ain’t happy with B’wana and his wannabee dictatorial ways.

The moral of this story? When you hear the Tom-Toms beating and the natives are restless, take a pause and re-route your passage ways and figure out if it is real news or fake news.

B’wana disregarded the beating drums and now his political ship has taken on water and is listing to the port side.