“Everyone wanted to be his child, or grandchild, or nephew, or they want to claim a relationship to him, because he would give you the shirt off his back; that’s how loving my dad is,” Bobby Nunn, Sr. told The Toledo Journal about his father, John Gray. 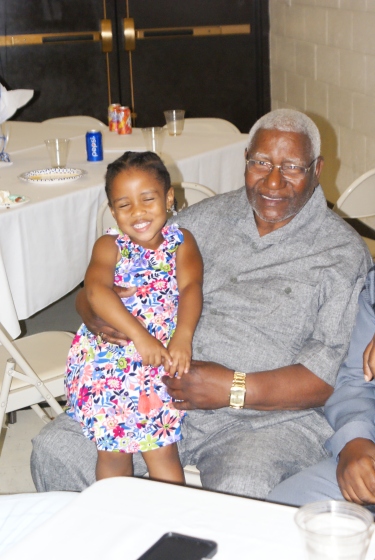 More accolades were conveyed at the 80th birthday celebration of Mr. Gray on Saturday, September 15. Held at Calvary Bible Chapel, 3740 West Alexis, his birthday wasn’t until November 30, but Mr. Nunn said they wanted to hold it earlier, in order to give family from out of town the opportunity to attend, while the weather was nice.

From Indiana, Tennessee, Illinois, and Wisconsin, love ones traveled to celebrate the life of their beloved.

The father of four children, Dorothy Gray, Jennifer Gray, Robin Nunn and Bobby Nunn Sr., and a host of grandchildren, and great grandchildren, Mr. Gray retired in 2004 after serving 28 years as a Deputy Sheriff, and is an active member of Jerusalem Baptist Church.

On why her father is deserving of the party, Robin Nunn said, “Regardless of how many times we, his children, failed him, or let him down, he never turned his back on us. He would simply say, ‘Maybe that particular thing isn’t for you; let’s try something else;’ now that’s real love.” 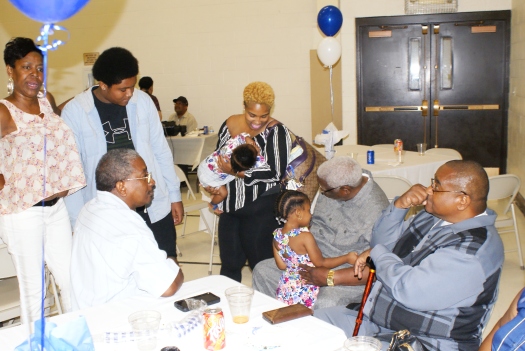 The only thing he said he wanted for his birthday was to still be in good health.

“The feeling of being loved, like I am by my family, is a good feeling that everyone needs to experience” Mr. Gray said.