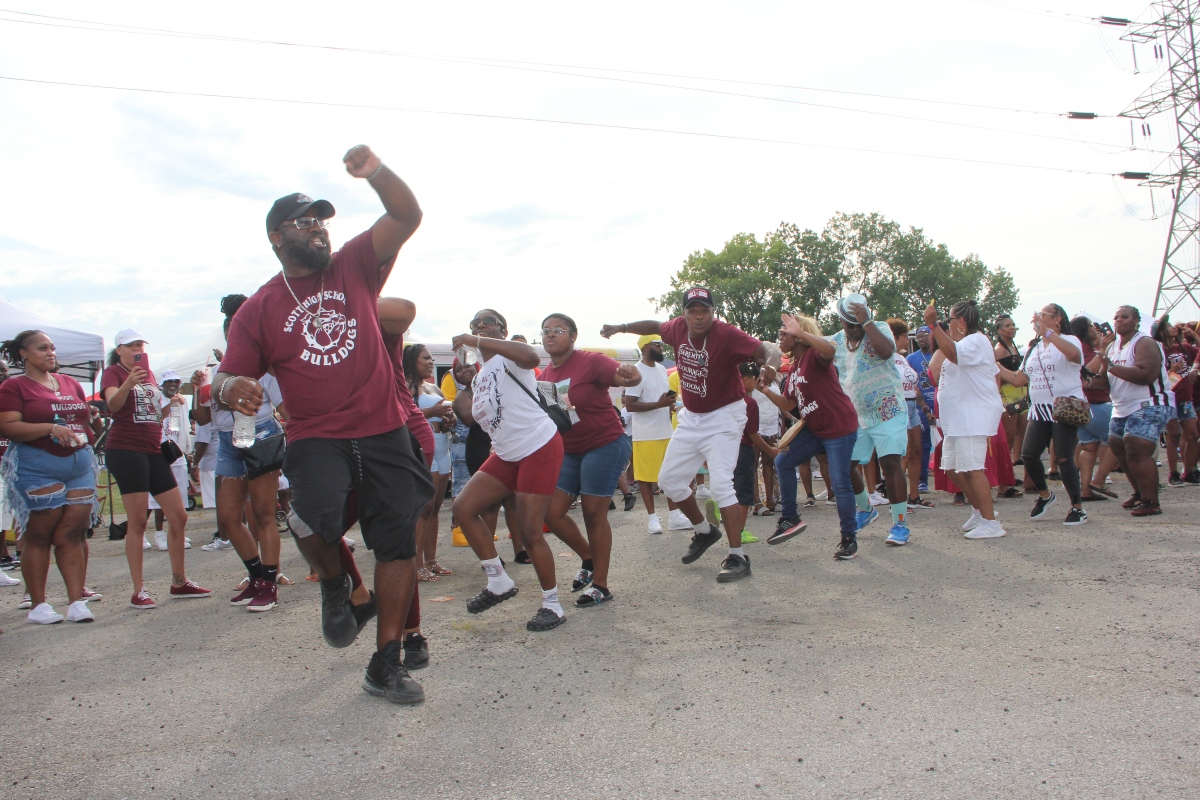 Days leading up to Scott High School’s 12th annual Alumni Weekend, which took place between August 5 – 7, people on social media, who didn’t attend the school, began posing the question, “Why do Scott students act like their school is an Historically Black College or University, HBCU?”

“It was the environment,” Sarah Steward, a 2000 graduate of the school, told The Toledo Journal, at Detwiler Park, 4001 N. Summit St, on Sunday, at the alumni picnic, the last day of the events, when asked why do students view Scott as an HBCU? “We were like family. We all grew up in the same area, and for the most part, attended the same schools in that area. We also were attracted to the school for the band, and the comradery.”

Other students, when asked the same question, gave the similar answer of, it was their first time having predominantly Black teachers who taught about Black history, and anything pertaining to Black culture, both of which are usually indegiounous to HBCUs.

Saturday kicked off with a brunch at a local club. While the evening was held at another establishment for what was dubbed as a “Black Out Affair;” an event in which all attendees wear black. But more importantly, the evening is dubbed as, “Scholarship Night.” Funds made that evening goes to graduating senior of Scott who plan on attending college.

Sunday, concluded the weekend with the alumni picnic at Detwiler Park. Those that didn’t attend the events on Friday, and Saturday, were sure to attend the picnic.

In the past, organizers have stated that they like to spread the events out as much as possible, to African American owned establishments.
Tyrone Cleveland, and John Glover, both graduates of the class of 1989, spearhead the annual event. Mr. Cleveland explained that the reason the annual event features graduates of all classes is that many people were friends with others who graduated in different years, and thus, didn’t want to break-up the rich heritage.

“This weekend is our way of giving back to the school,” he said. “Scott instills a sense of pride, and leadership to those who attend.”

Mr. Glover is one of many family members who attended the school dating back to the 1960s. “When you went to Scott, you know those who didn’t attend the school always had something negative to say about the school. That negativity caused us to form an, “Us vs the world,” mentality,” he said. “What amazes me about this weekend is hearing people say, they haven’t been back to Toledo since they graduated high school, but they’ve returned for the Alumni Weekend; only a high school, with the spirit of an HBCU, can instill that type of pride.”